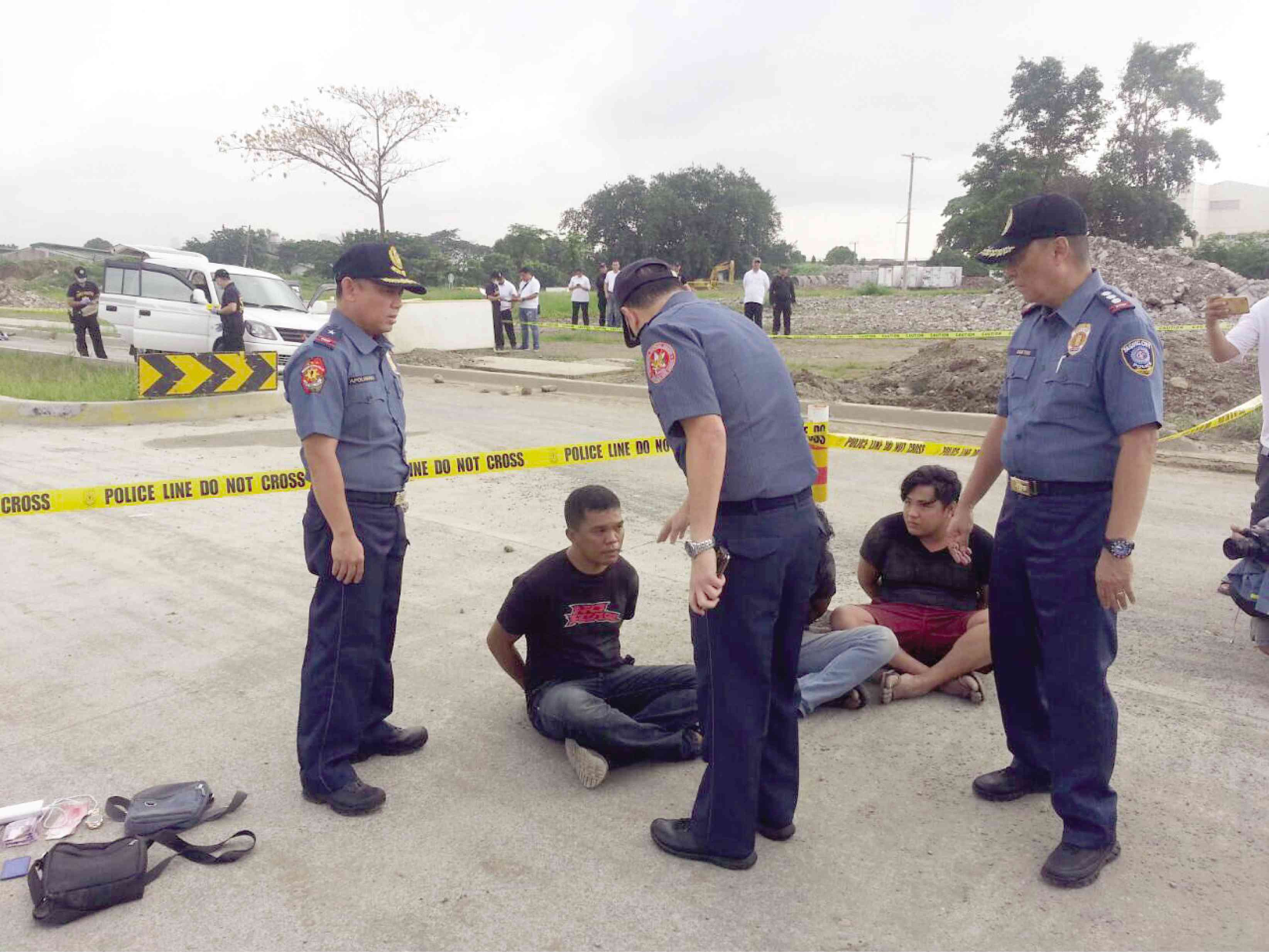 GONE ROGUE Metro top cop, Chief Supt. Guillermo Eleazar (center), confronts the kidnapping suspects after their arrest. They turned out to be police officers from Taguig City. On Thursday, PNP Spokesperson Sr. Supt. Benigno Durana says the internal cleansing in PNP will be chilling and deadly only to the police scalawags.  —SPD PHOTO

Only police officers who are involved in criminal activities will be affected by the Philippine National Police (PNP) reinvigorated internal cleansing, Spokesperson Sr. Supt. Benigno Durana said on Thursday.

“Chilling to those who still insist in their crooked ways. It will be chilling and sometimes, even be deadly,” Durana said in a briefing at Camp Crame.

Durana’s “deadly” remark was in reference to the shootout between Taguig City police and four officers from the Western Bicutan Police Community Precinct involved in kidnap for ransom activities. One policeman, with the rank of PO1, was killed during the encounter at the FTI construction site.

“Nakikita natin two days ago, that one policeman, PO1, died in a violent encounter with other police officers, dahil ito ‘yong mga involved in robbery extortion and kidnapping,” he said.

On Wednesday, PNP Chief Director General Oscar Albayalde allayed fears that the policemen engaged in the kidnapping would go scot-free, saying that he has directed the speedy resolution of dismissal cases against the remaining three.

READ: Albayalde: Taguig cops in kidnapping  to be dismissed

Durana likened policemen who are also perpetrators of crime to termites — insects known to destroy houses by feeding on the wooden foundations from the inside.

“Para silang termites eh and they don’t deserve to stay in the Philippine National Police any minute longer, he added.

He also presented raw data to dispute claims made by PNP’s critics that relieved officers are only reassigned to other offices.  According to Durana, more than 8,000 PNP personnel have been charged with cases as a part of their “PPR” or the preventive, punitive and restorative approach to internal cleansing.

Of that number, 1,828 have been dismissed from office, while 3,589 were suspended, 362 demoted, 403 reprimanded, 147 were penalized by forfeiting their salaries, 43 were stripped of their privileges and 29 are restricted to quarters.

Another 353 were dismissed for either testing positive for illegal drug use or involvement in the drug activities, while 23 were suspended and nine were demoted for having links to the drug trade.

“We are resolute and relentless and sometimes chilling on them in weeding out misfits and scalawags within our ranks,” he added.