‘There is only one PDP-Laban’ — Pimentel 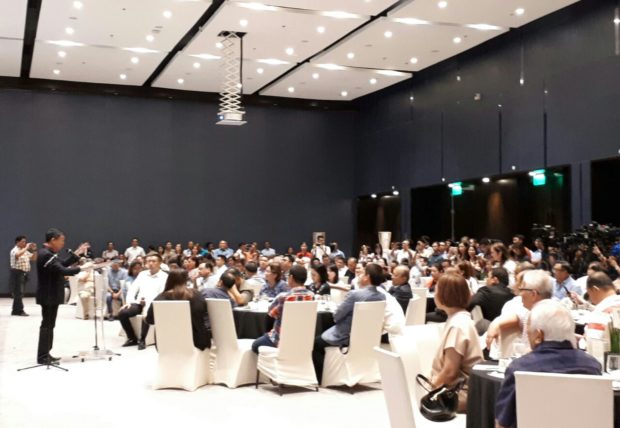 Senator Aquilino “Koko” Pimentel III on Thursday stressed that there is only one Partido Demokratiko Pilipino-Lakas ng Bayan (PDP-Laban) even as a faction held an assembly last week, electing new party leaders.

“Wala kasing ibang grupo ng PDP-Laban, I’m sorry. There is only one PDP-Laban,” he said when asked how the PDP-Laban would deal with the faction.

Last week, a faction of the ruling party emerged and claimed to be the genuine representatives of the PDP-Laban.

The group held an assembly in Quezon City where they ousted PDP-Laban leaders including Pimentel and retained only President Rodrigo Duterte as the party’s chairman.

However, PDP-Laban officers said the assembly was illegal and authorized and will be dealt with according to party rules.

Pimentel said he will discuss with President Rodrigo Duterte sometime this August the issues raised by the party members during Thursday’s gathering.

“I will relay to the President the concerns aired in this consultative meeting at the PDP-Laban opposition or competition from allied forces,” Pimentel said.

“Sabihin ko sa Presidente, how can we minimize such a situation if you cannot totally avoid it hindi naman sana buong bansa,” he added.   /vvp