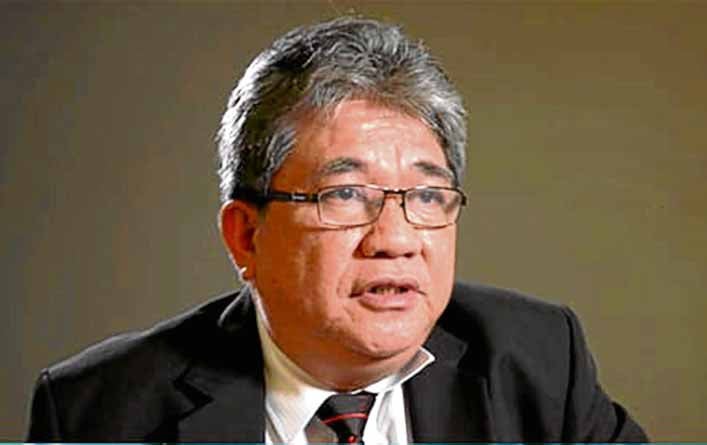 He was dismissed from government service and his retirement benefits forfeited.

Overall Deputy Ombudsman Melchor Arthur Carandang’s “transgression”: telling the media about an inquiry into the alleged ill-gotten wealth of President Rodrigo Duterte and his family.

Malacañang dismissed Carandang on Tuesday for committing a breach of his duty to protect confidential information because of his public statements last year.

The case stemmed from a media interview in which he said that the Office of the Ombudsman had records from the Anti-Money Laundering Council (AMLC) of the bank transactions of President Duterte and his family.

Carandang said at the time that his office had received the bank transaction records but not the AMLC’s final investigation report.

He explained that the Office of the Ombudsman and the AMLC were sharing information on flagged bank transactions.

“The transgressions of respondent Carandang constitute graft and corruption and betrayal of public trust, which gravely affects his fitness to remain in public service,” said the order signed by Executive Secretary Salvador Medialdea.

The Office of the Ombudsman had started at the time to investigate the complaint by Sen. Antonio Trillanes IV that Mr. Duterte and his family’s bank transactions from 2006 to 2015 totaled more than P2 billion.

Medialdea maintained that the Palace had jurisdiction over Carandang.

“A Deputy Ombudsman is appointed in office by the President, and as a presidential appointee, he is under the disciplinary authority of the President,” Medialdea said, citing the Supreme Court case of Pichay v. Office of the Deputy Executive Secretary for Legal Affairs.

He also cited another ruling in 2016 in which the high court confirmed the Palace’s assumption of jurisdiction over the case of Deputy Ombudsman Orlando Casimiro.

Carandang was formally charged and placed under preventive suspension for 90 days on Jan. 26 after the Office of the President received two complaints against him—one from lawyers Manuelito Luna and Eligio Mallari, and another from former Rep. Jacinto Paras and lawyer Glenn Chiong.

Incoming Ombudsman Samuel Martires declined to comment for now on the Office of the President’s order dismissing Carandang from service.

He will retire as Supreme Court associate justice on Friday and begin working as the government’s top graft buster on Monday.

Martires’ predecessor in the Office of the Ombudsman, Conchita Carpio Morales, refused to recognize the Office of the President’s jurisdiction over Carandang when it first tried to suspend him in January pending investigation.

Back then, Morales described the Palace moves as “a clear affront to the Supreme Court and an impairment of the constitutionally enshrined independence of the Office of the Ombudsman.”

To show its rejection of the Palace jurisdiction, Morales announced in May that her office initiated its own internal disciplinary proceedings against Carandang.

The Palace decision to dismiss Carandang was issued on July 30, days after Morales finished her seven-year term. She retired on July 25.

Duterte administration allies justified the refusal to obey the Supreme Court by saying it was a split 8-7 decision that could easily be overturned in the future.

“It is very clear that Malacañang wants to control the Office of the Ombudsman. The baseless orders being issued hamper the agency from performing its mandate,” Alejano said.

The order against Carandang also runs counter to the Duterte administration’s claim that it is against corruption, he said.

“When it’s the President and his family who are affected, the promise to fight corruption is forgotten,” he added.

Citing the violations committed by Carandang, Medialdea said the Deputy Ombudsman had improperly disclosed confidential information acquired in his official capacity and that since this involved bank records and transactions, the information were “absolutely confidential.”

“To make matters worse, respondent Carandang’s disclosure of his alleged source and the figures he presented were false and misleading,” Medialdea said.

He noted that the AMLC secretariat issued a statement on Sept. 28, 2017, denying it was the source of information on the alleged bank accounts of the President, as asserted by Trillanes.

The AMLC added that it did not provide the Ombudsman with any report on Mr. Duterte’s accounts.