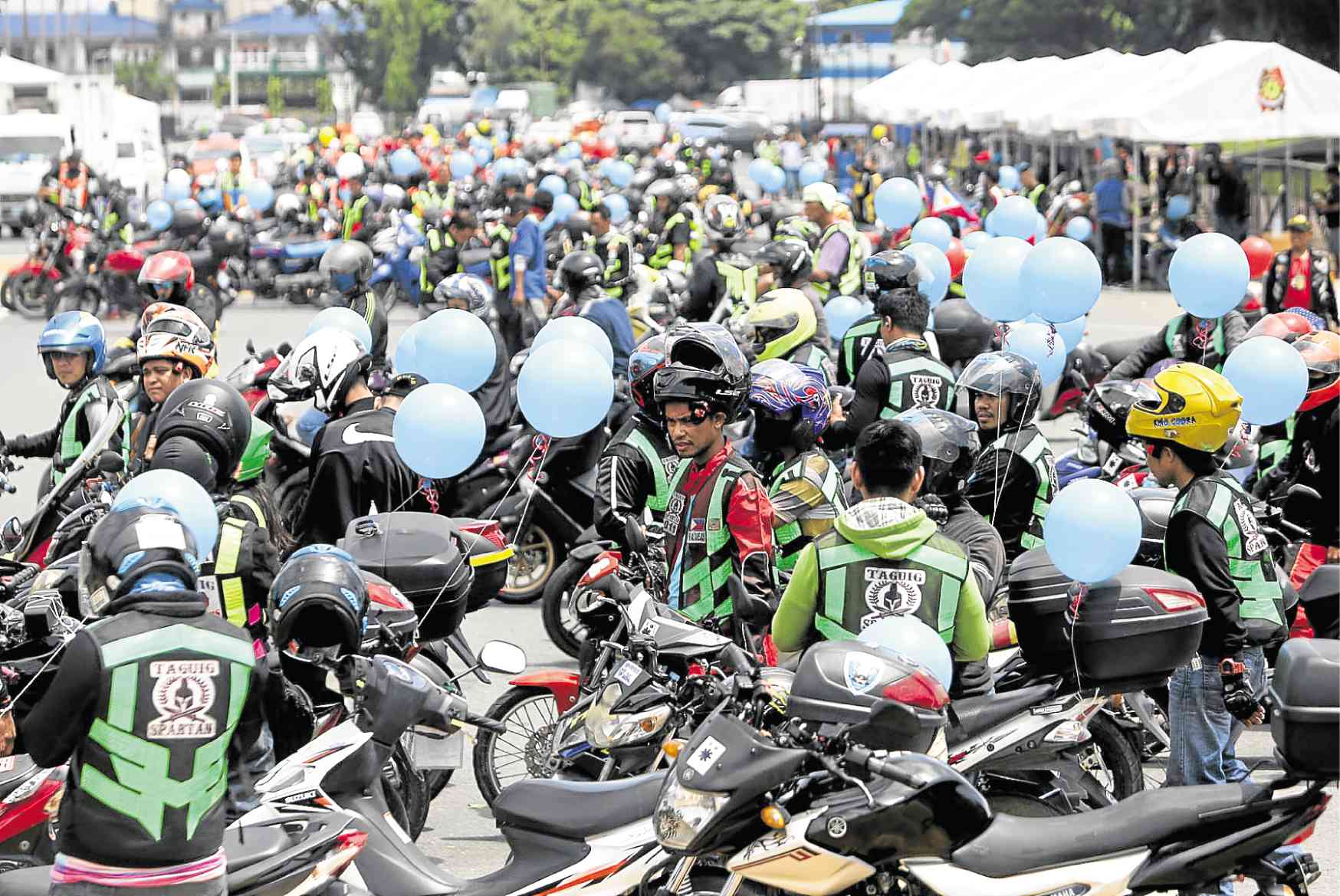 The Philippine National Police (PNP) has come up with a practical and simple way to separate law-abiding motorcycle riders from those involved in illegal activities: the “Clean Rider” sticker.

Under the campaign which the PNP launched in Metro Manila on Wednesday, motorcycle owners could voluntarily submit themselves for screening to the police who would determine their eligibility to be issued a Clean Rider sticker and an accompanying serial number sticker for their driver’s license.

To qualify, applicants should present the official receipt and certificate of registration for their motorcycle, a valid identification card and their driver’s license.

They would then undergo background verification for criminal records while their motorcycles would be checked to determine if these had been used in previous crimes.

“It will be a big help against motorcycle-riding suspects who are usually using stolen bikes,” he told reporters. “Law-abiding riders will feel more secure. They will have a faster time [being verified by the police at checkpoints or during inspections].”

The system is set for nationwide implementation under a memorandum circular issued by Albayalde last month.
In the circular, Albayalde said the campaign was a response to recent “crimes perpetrated by motorcycle-riding suspects targeting high-profile victims such as priests and elected government officials…”

In Metro Manila alone, there were 355 crime incidents involving motorcycle-riding suspects from January to July.
The incidents ranged from shooting, robbery and theft, to physical injuries.