After NutriAsia violent dispersal, CHR appeals to cops for tolerance 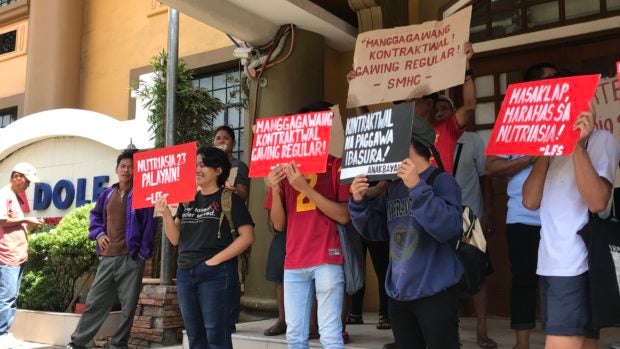 Following the violent dispersal of picketing workers at the NutriAsia plant in Bulacan and their supporters last Monday, the Commission of Human Rights (CHR) reminded police and security personnel on Wednesday to observe maximum tolerance in dealing with protesters.

The dispersal – the second in the same plant after a similar incident on June 14  – led to injuries and the arrest of some workers, including students and two journalists.

“We are also reminding the police force and NutriAsia’s security personnel to observe maximum tolerance in recognition of the rights of the workers to protest,” the CHR said in a statement.

“We caution against the use of excessive force in ensuring peace and order. At the same time, the rule of law must always prevail even in times of unrest,” it added.

The CHR also reminded protesters to avoid violence while asserting their rights.

It added that the violent dispersal “reiterates the importance of an expedient and peaceful resolution of issues by DOLE [Department of Labor and Employment] and other concerned agencies that recognizes the rights and dignity of all.”

According to the CHR, it already sent its team to investigate what truly happened between the protestors and the police personnel.

Members of the Nagkakaisang Manggagawa ng NutriAsia Inc. picketed the giant condiments company for its refusal to regularize those who had been working there for years.

Under Article 281 of the Labor Code of the Philippines, employees should be considered as regular after six months of employment.

“Probationary employment shall not exceed six (6) months from the fate the employee started working, unless it is covered by an apprenticeship agreement stipulating a longer period,” the article reads. “An employee who is allowed to work after a probationary period shall be considered a regular employee.” /atm