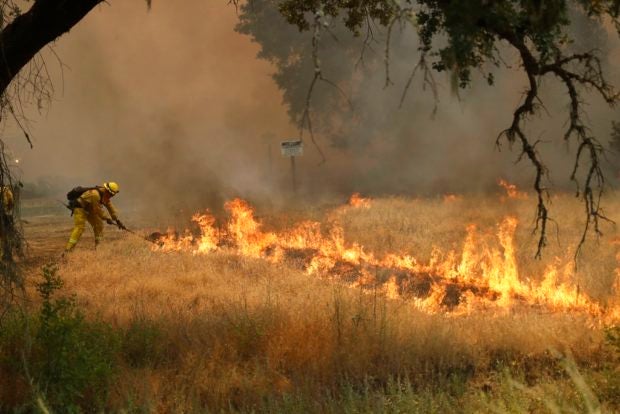 LAKEPORT, California — Northern California fire officials have added residents of two towns near Clear Lake to the list of those ordered to evacuate.

The notice was issued Monday for the towns of Kelseyville and Finley and brought the number of people affected by the Mendocino fires to about 18,000.

The fire’s push to the east and north forced evacuees from a shelter that had been set up at Kelseyville High School.

Lake County officials said Monday about 14,000 people are under evacuation orders. Another 1,000 have been displaced in neighboring Mendocino County.

Two blazes have been encroaching on several towns that surround Clear Lake.

Lake County sheriff’s Lt. Corey Paulich said also on Monday that the two blazes were encroaching on Lakeport, Upper Lake and Nice but have not yet reached heavily populated areas.

Paulich said residents have been heeding evacuation orders because they have seen the destruction caused by past fires.

The impoverished county about 110 miles or 180 kilometers northwest of Sacramento has been hit by several wildfires since 2015 that destroyed thousands of homes and killed at least four people.

Meanwhile, some evacuations orders have been lifted around a Northern California wildfire area near the city of Redding.

The California Department of Forestry and Fire Protection said people can return to several neighborhoods in western Redding as of Monday morning.

The huge blaze near Redding has displaced 38,000 from their homes and killed six people – two firefighters and four civilians.

The blaze burning for more than a week has scorched 155 square miles or 400 square kilometers, and destroyed 723 homes.   /kga