Number of US newspaper newsroom employees down sharply – survey 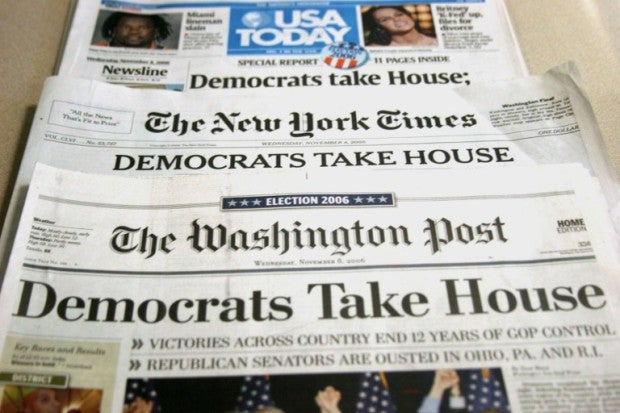 WASHINGTON, United States – The number of employees in US newspaper newsrooms has declined by 45 percent over the past decade, according to a survey published on Monday.

US newspaper newsroom employees fell from 71,000 in 2008 to 39,000 in 2017, according to Bureau of Labor Statistics figures cited by the Pew Research Center.

The decline in the number of newspaper newsroom workers was the biggest contributor to an overall drop in newsroom employment in the United States, Pew said.

US newspapers have been hit by waves of layoffs over the past decade amid steep falls in circulation and advertising.

Last week, the New York Daily News, the century-old tabloid known for its provocative headlines, announced it was slashing half its editorial staff. /cbb