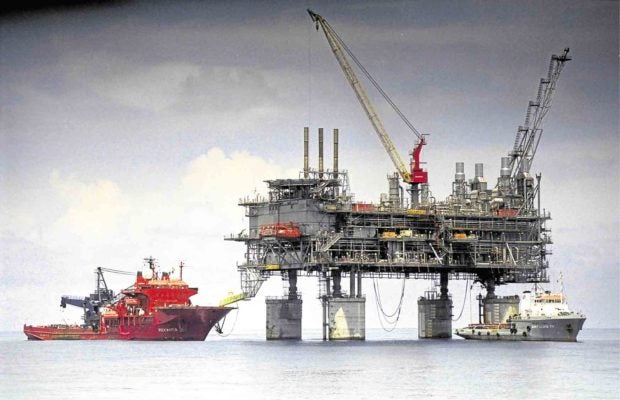 A lawmaker urged the State-run Philippine National Oil Co. (PNOC) on Monday to hasten the rollout of a plan to use its banked gas from the Malampaya gas project in northwest Palawan.

At a hearing of the House of Representatives committee on energy, PBA Rep. Mark Aeron Sambar raised concern about the PNOC’s inability to sell its remaining 97.67 petajoules (PJ) of banked gas, or unutilized gas, from the Malampaya gas project.

“We can find a balance here. We’re not telling you to sell of 97.6 petajoules at a low price nor do we want you to wait for the perfect contract. If you’re going to wait for that baka ilang beses na nagpalit ng leadership sa PNOC naghihintay pa rin tayo,” Sambar said.

“We have to find a balance. Just find a competitive price that would benefit the government in the meantime and help in the economic problems that we have right now,” he added.

Department of Energy Undersecretary Felix Fuentebella meanwhile vowed that they would “maximize whatever it is that the government should get” from Malampaya.

Lista said PNOC’s Gas Sale Purchase Agreement with the Service Contract 38 (SC38) Consortium would expire in February 2024 while pointing out that the banked gas might not yet be depleted at that time.

SC38 is studying the commercial feasibility of extending the contract and the DOE is considering all options available, he added.

Of the initial 108.6PJ banked gas volume, 4.605 PJ was sold to PSALM in 2013 and another 6.33 PJ was awarded to Pilipinas Shell Petroleum Corporation in December 2015. No sale has been made by the PNOC aside from these.

Lista cited that one of the main difficulties in selling the banked gas was a board resolution which states that the floor price should not be less than the current Ilijan Price.

PNOC earlier issued an invitation to bid for the sale of its banked gas, which was estimated at about $650 million.

It also earlier said it wanted to use the proceeds from the sale to finance the country’s first integrated liquefied natural gas facility.

The House panel has directed the PNOC to report to them updates on their efforts to utilize the banked gas. /cbb