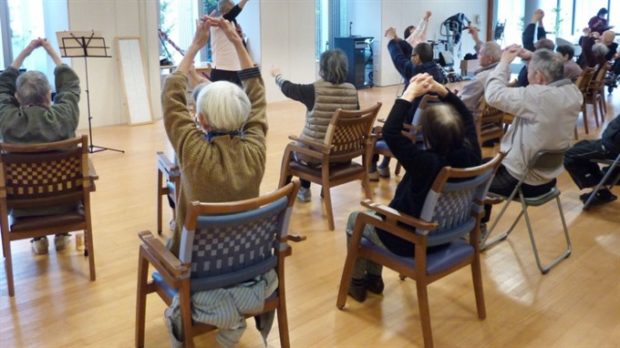 Japan will accept 10,000 Vietnamese caregivers over the next two years to address a chronic labour shortage in the nursing sector. Photo from kyodonews.net via Viet Nam News/Asia News Network

HANOI — As many as 10,000 Vietnamese caregivers will be welcomed in Japan over the next two years to address a chronic labor shortage in the nursing sector.

Initially, Japan will receive 3,000 Vietnamese workers this year with financial support from the government for language training. The remainder will arrive by 2020, the Nikkei Asian Review reported.

Japanese Prime Minister Shinzo Abe said on Tuesday he had ordered his cabinet to make arrangements to accept more foreign workers. Similar targets for recruiting laborers from other Southeast Asia countries like Indonesia, Cambodia and Laos have also been set by the government.

Vietnam and Japan are expected to sign a memorandum of understanding this year as part of the “Asian Health and Human Well-Being Initiative” – a Japanese government program to provide knowledge and expertise on nursing care and social welfare to other Asian societies, according to the Nikkei Asian Review.

Under the program, laborers who are able to speak Japanese to a certain level can obtain residency for up to five years.

The Japanese government will create a new program allowing those who complete their technical training to stay in the country for an additional five years. Japan will subsidize language training and coordinate with companies that specialize in training to teach caregivers how to help the elderly maintain self-reliance. These workers will receive the same salaries as their Japanese counterparts.

According to Japan’s Ministry of Economy, Trade and Industry, the country was in need of about 40,000 caregivers in 2015.

The ministry estimates the need for an additional 790,000 more workers in 2035 due to the country’s rapidly aging population.