Cambodia’s election a sure thing for long-serving leader 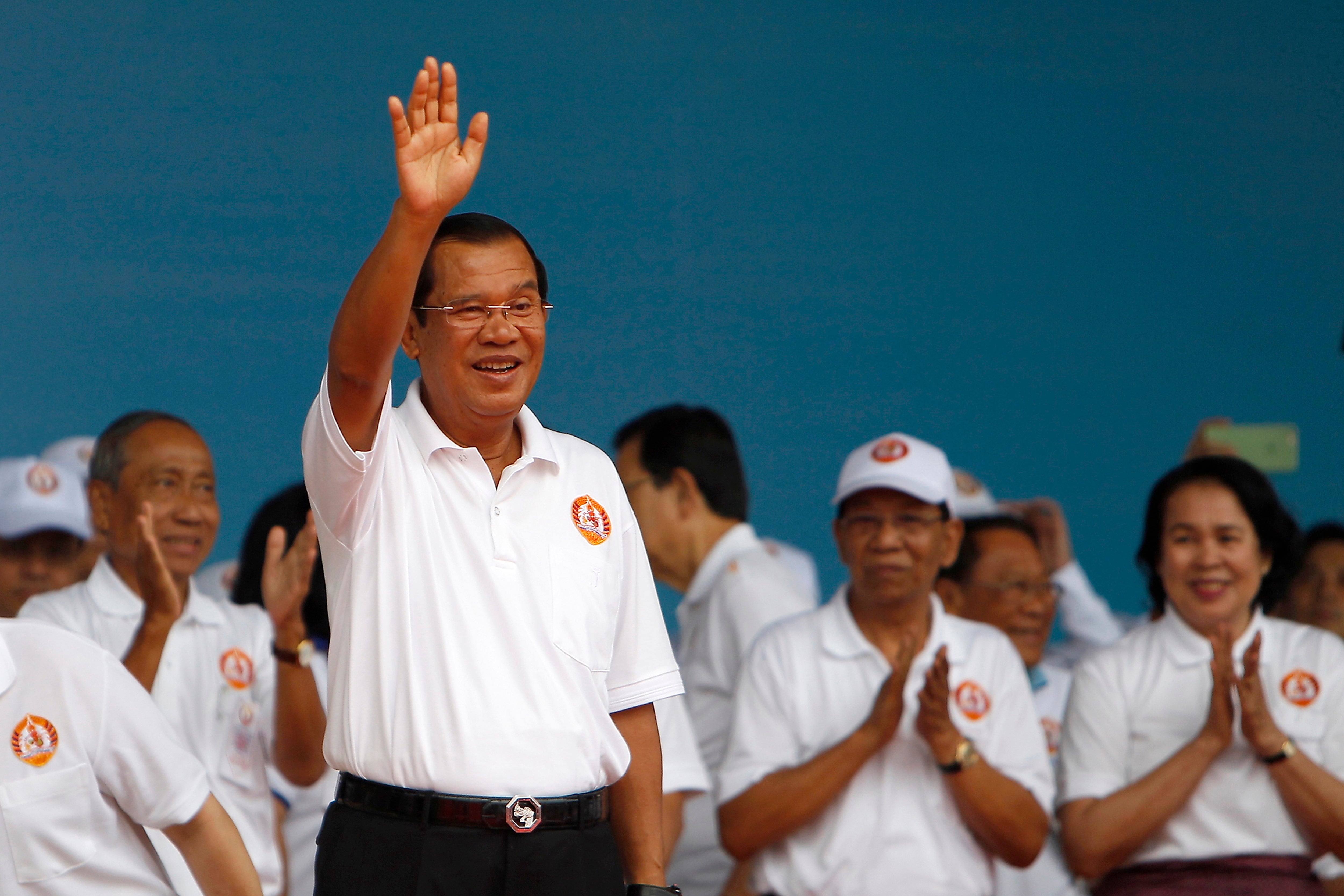 FILE – In this Saturday, July 7, 2018, file photo, Cambodian Prime Minister Hun Sen waves to supporters during his Cambodian People’s Party’s campaign in Phnom Penh, Cambodia. Cambodians voting in the general election on Sunday, July 29, will have a nominal choice of 20 parties but in reality, only two serious options: extend Prime Minister Hun Sen’s 33 years in power or not vote at all.(AP Photo/Heng Sinith, File)

BANGKOK — Cambodians voting in Sunday’s election will have a nominal choice of 20 parties but in reality, only two serious options: extend Prime Minister Hun Sen’s 33 years in power or not vote at all.

The key factor virtually ensuring a walkover by Hun Sen’s party is the elimination of any credible opposition, accomplished last year when the Supreme Court disbanded its main rival, sending most opposition leaders into exile.

The government has silenced independent media and warned calls for a boycott of the polls could lead to jail.

Hun Sen has always ruled with a carefully modulated amount of repression, swinging between violence and reconciliation, but the slide into more serious authoritarian rule was triggered by the last general election in 2013, when the opposition party made significant gains.  /muf