Morales: Go ahead, sue me 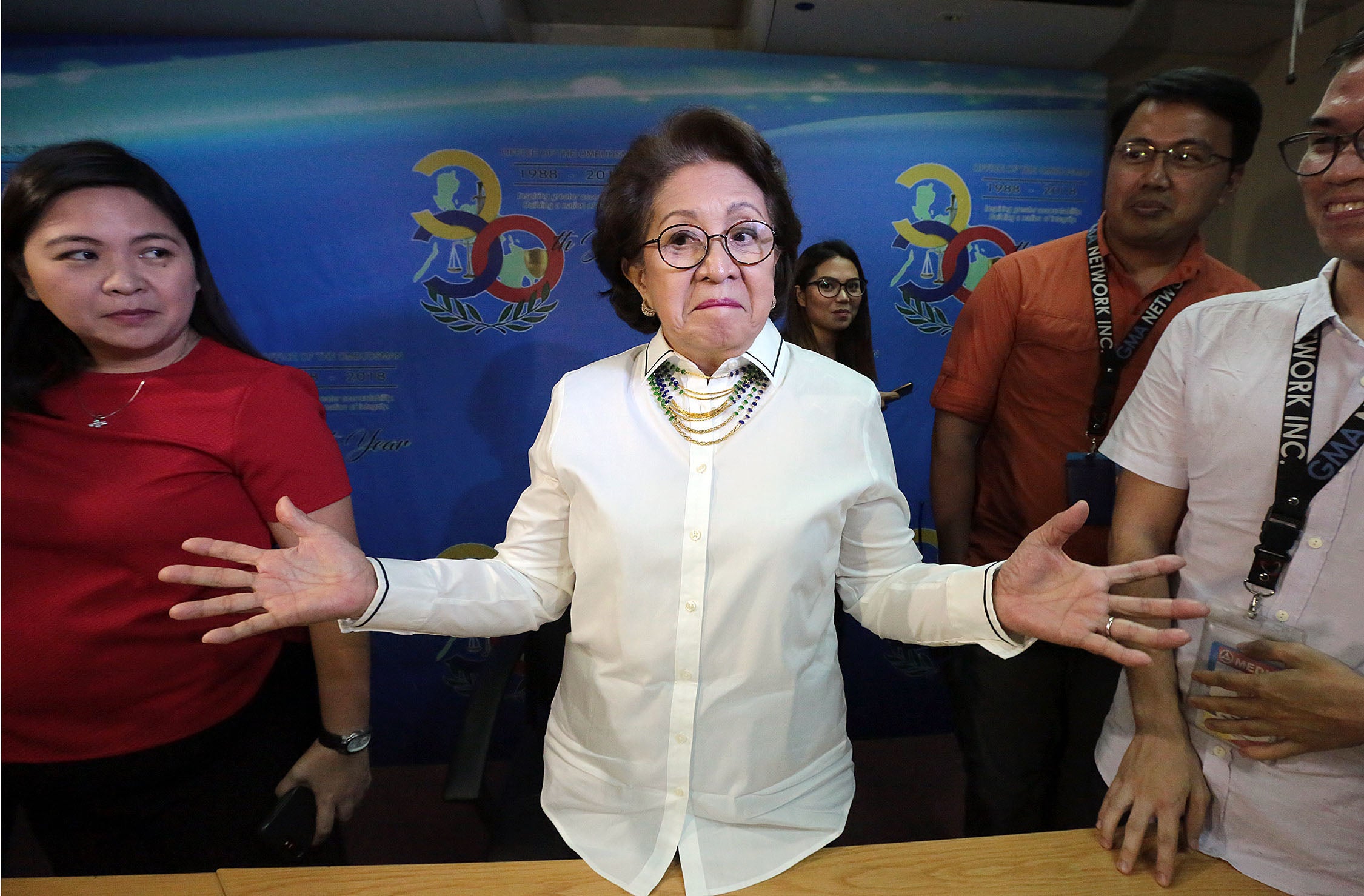 Ombudsman Conchita Carpio-Morales huddles with the members of the media at her exit press briefing at the Office of the Ombudsman in Agham Road, Quezon City on Tuesday, July 24, 2018.
INQUIRER FILE PHOTO/GRIG C. MONTEGRANDE

In the same way that she did not fear impeachment, former Ombudsman Conchita Carpio-Morales said Friday she was ready for any criminal complaint that would be filed against her in connection with her stint as the country’s top graft-buster.

“Since I’m already outside the government, the government desists to have jurisdiction over me. But that is not to say that criminal complaints can’t still be filed against me,” she said in a media briefing.

Morales has just finished her seven-year term on Thursday but she was already showing readiness to fend off cases that will be filed against her.

“So many things are possible so I will not be surprised if someone will file a complaint against me for reasons only known to them,” she said.

Morales, who earned the ire of President Duterte for her comments on his administration’s bloody war on drugs, was threatened with impeachment when she was still the Ombudsman.

But an impeachment complaint against her found no supporters at the House of Representatives.

Morales admitted that she already contacted a lawyer when a complaint was lodged in Congress.

“I already collected documentary evidence to prove and disprove what they were saying against me was not true. Unfortunately, for them and unfortunately for me, no one endorsed the complaint,” she said.