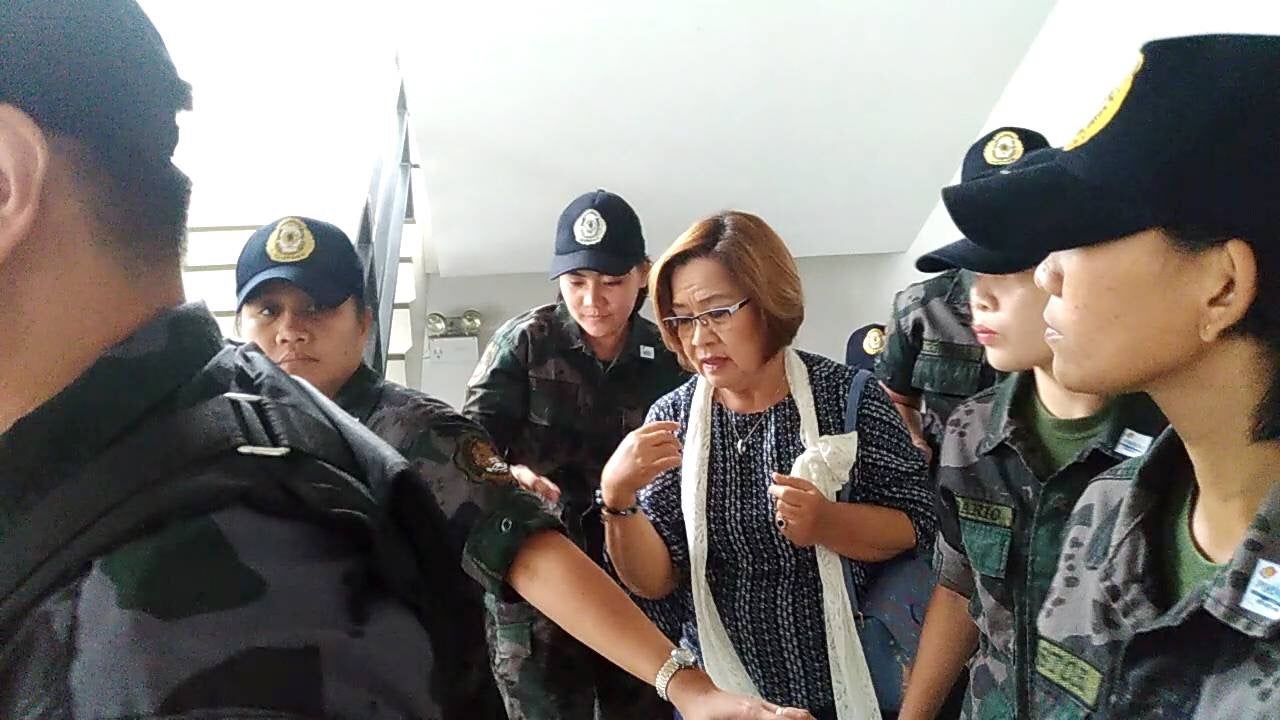 Photo from the office of Sen. Leila De Lima

Senator Leila de Lima has finally been arraigned on the illegal drug charges filed against her by the Department of Justice (DOJ) for her alleged involvement in the proliferation of drugs in the New Bilibid Prison.

In a court hearing on Friday, De Lima failed to enter a plea before the Muntinlupa Regional Trial Court (RTC) Branch 206 because she refuses to recognize the “legitimacy and the validity of the charges.”

“I do not recognize the legitimacy and the validity of the charges against me,” De Lima said before the judge, according to a transcript forwarded to the media by the senator’s office.

“Now, there are two other cases pending before the other Court, this case is completely fabricated and bogus from orchestrated lies. I refuse to enter a plea. I do not recognize these charges,” she said.

In accordance with court rules, Muntinlupa RTC 206 Judge Lorna Navarro-Domingo entered a not guilty plea on behalf of De Lima.

De Lima has been detained at the Philippine National Police Custodial Center since she surrendered to authorities 17 months ago.

The DOJ filed three separate criminal cases against De Lima before the Muntinlupa RTC on February 17, 2017.

An arrest warrant was issued against the senator on February 23, 2017 after the court found probable cause in the charges filed by the DOJ.

Authorities trooped to De Lima’s home to serve the arrest warrant but the senator was holed up at her office at the Senate. She surrendered the following day to the PNP.

During the pre-trial hearings before De Lima’s arraignment, the court allowed the DOJ to amend the charges from illegal drug trade to conspiracy to trade illegal drugs.  /vvp