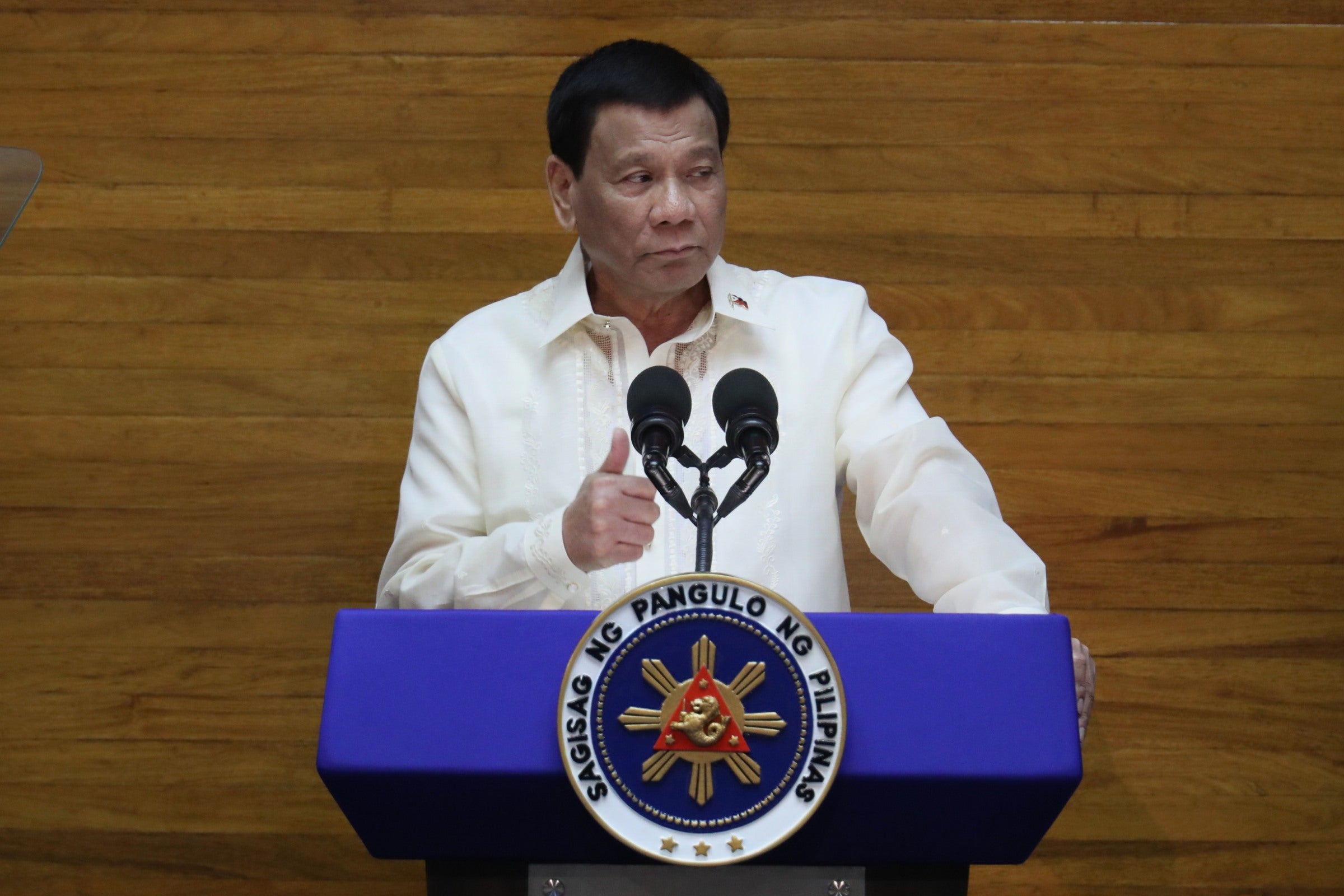 “Napirmahan ko na ang BBL (I’ve signed the BBL),” Duterte said in a speech in Zamboanga City. Duterte was referring to the Bangsamoro Basic Law (BBL), which was renamed BOL.

“This is to announce that the President has just signed the BOL into law,” Roque said.

In his speech in Ipil, Zamboanga Sibugay before visiting Zamboanga City, Duterte said he already signed the BOL.

“The BBL has been signed, but I’m still going back because I have a ceremony with Jaafar and Murad,” he said in mix Filipino and Bisaya.

His remarks prompted media to seek confirmation as two Palace officials had said it was not yet signed.

“As of an hour ago, not yet and still with the Executive Secretary,” Presidential Spokesperson Harry Roque said in a text message.

Special Assistant to the President Christopher “Bong” Go also said the BOL has not yet been signed.

The Senate unanimously ratified the BOL on Monday while the House of Representatives ratified it on Tuesday.

Duterte failed to sign the BOL during his third State of the Nation Address (Sona) after the House leadership grappled with a day-long leadership row.

The law seeks to replace an existing poverty- and conflict-wracked autonomous region with a potentially larger, better-funded and more powerful region named Bangsamoro for the minority Muslims. 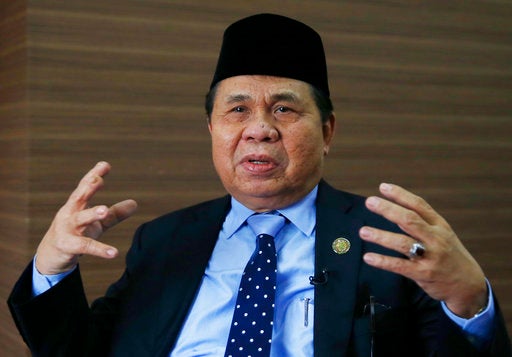 The autonomy deal is the latest significant attempt by the government to negotiate an end to nearly half a century of on-and-off Muslim fighting that has left more than 120,000 people dead and hampered development in the country’s poorest regions.

Western governments have welcomed the autonomy pacts, while worrying that small numbers of Islamic State group-linked militants from the Middle East and Southeast Asia could forge an alliance with Filipino insurgents and turn the south into a breeding ground for extremists.

“We can roughly conclude that all these splinter groups are a result of the frustration with the peace process,” Murad said.

Delays in the peace deal prompted some militants to break off from Murad’s rebel group, he said. Those militants were among the black flag-waving fighters who swore allegiance to the Islamic State group and laid siege to the southern Islamic city of Marawi last year. Troops backed by U.S. and Australian surveillance aircraft routed the militants after five months of airstrikes and ground assaults that left more than 1,200 people, mostly Islamic fighters, dead and the mosque-studded city in ruins.

Murad said the hard-line groups could be weaned back to mainstream society if the peace deal succeeds and is embraced by the people. If they continue fighting, he said “it would be very difficult for them to exist” without community support.

On Tuesday, Murad said that 30,000 to 40,000 armed fighters would be “decommissioned” if an autonomy deal that was expected to be signed into law by President Duterte is fully enforced. With a report from AP/je/ac