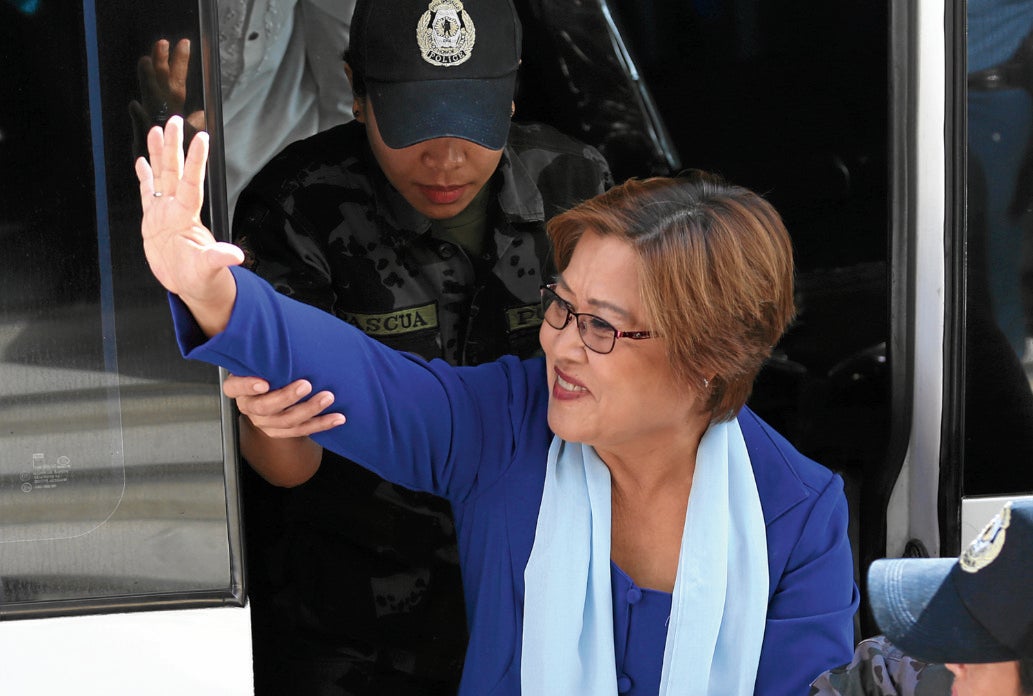 Senator Leila De Lima is set to become the second Filipino to receive the “Prize for Freedom” award from the Liberal International (LI), the same organization that recognized former President Corazon Aquino.

The LI will be awarding De Lima the “highest human rights honor” for being a “flag-bearer for human rights in the Philippines and beyond,” a statement from the senator’s camp said on Thursday.

“De Lima was one of the first to be targeted by the hard-line [President Rodrigo] Duterte government for her outspoken criticism of the president’s targeted campaign of violence,” the statement from LI said.

President Corazon Aquino was given the same award in 1987 for her “world-renowned advocacy of democracy, peace, and the empowerment of women.”

The awarding ceremony will be at Novotel Manila, Araneta Center in Quezon City on July 28.

The LI, which was the third international organization that sent representatives to visit De Lima in jail, also denounced the senator’s detention since February 2017, saying it was “motivated by politics.”

Based in London, the LI is a world federation of liberal and progressive democratic parties which focuses on human rights and free trade and development. It noted that the award is given to “a well-known personality of liberal conviction who has made outstanding efforts for the defense of freedom and human rights.”

De Lima was also regarded as one of the Leading Global Thinkers for 2016 and 2017 by Foreign Policy magazine, and one of the 100 Most Influential People by Time magazine in 2017, among other titles. /je

US magazine again cites De Lima as a global thinker