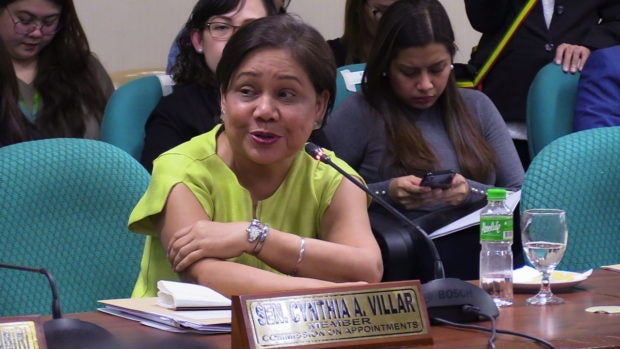 The bicameral conference committee is set to convene next week, August 1, to reconcile the disagreeing provisions of the bill creating the P100-billion coconut levy trust fund, Senator Cynthia Villar said on Wednesday.

Villar, chairperson of the Committee on Agriculture and Food, also said that she is “confident that members of the bicam panel will be able to find a common ground” despite substantial differences between the versions of the Congress and the Senate.

“It will not be very difficult to convince our colleagues to agree on provisions that will make sure that benefits from the coconut levy fund will be protected, maximized and will directly go to the 3.5 million coconut farmers themselves,” Villar said in a statement.

On Monday, President Rodrigo Duterte, during his third State of the Nation Address, pushed for the passage of Senate Bill 1233 or the Coconut Farmers and Industry Development Act “at the soonest possible time.”

Villar said that reforms are urgently needed given that the Philippines has the lowest yield in coconut production among Association of Southeast Asian Nations (Asean) countries, with only 4.4 metric tons as compared to 9.6 MT of Vietnam, 5 MT of Thailand, and 6.5 MT of Indonesia.

Villar pushed for a provision that will mandate “the investment of the trust fund only in Philippine government securities to ensure the safety of the fund and for assured returns.”

She also pushed for the earmarking of the income or interest earning of the trust fund to the following programs: Shared facilities program, 35%; Scholarship program, 15%;  Empowerment of coconut farmer organizations and their cooperatives, 15%; and Farm improvements (to encourage self-sufficiency), 35%.

The Nacionalista Party senator also introduced amendments to make sure that the Philippine Coconut Authority (PCA) will have a yearly appropriation to fund programs for the development of the coconut industry.

The said amount will be allocated as follows: Infrastructure program (farm-to-market roads), 20%; Planting and replanting, 20%; Intercropping, 10%; Shared facilities, 20%; Research and development, 10%; Fertilization, 5%; New products and marketing, 5%; and Credit through Landbank and Development Bank of the Philippines, 10%.

Villar also added amendments in the bill that will promote the propagation of hybrid coconut seedlings that can produce 150 nuts per year per tree,  intensive effort on inter-cropping of alternative farm crops such as cacao, coffee and banana; livestock raising; and the establishment of Coconut Industry Farm Schools in every coconut producing province to support and enlarge the trained human resource pool of coconut farmers by the PCA and the Technical Education and Skills Development Authority.

IATF: No need for new law to aid middle-income households