Erap backs Duterte’s war on drugs; ‘these drug addicts need to be punished’ 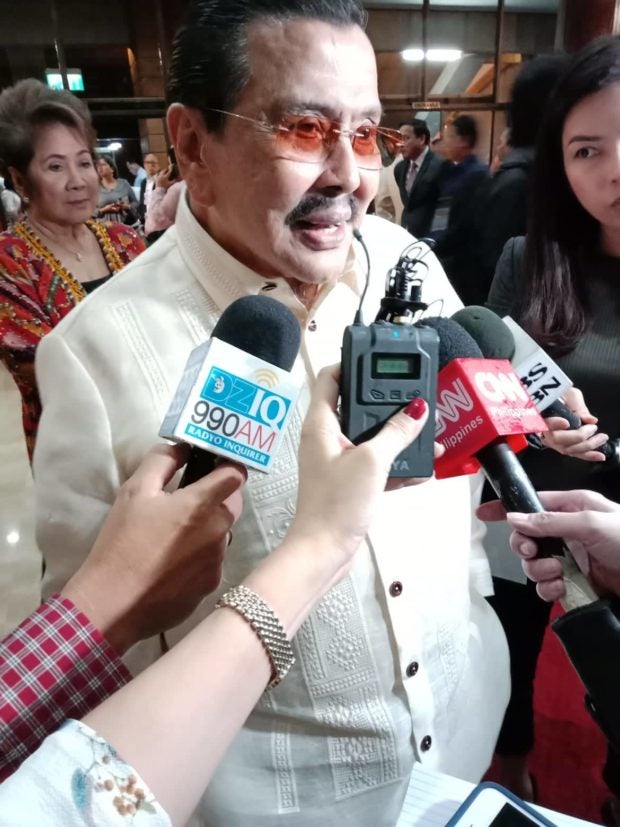 “In a way, yes [I think he has done well], against drugs. These drug addicts they deserve to be punished. They’re destroying not only themselves and their family including our country,” he told reporters after President Duterte’s third State of the Nation Address (Sona) on Monday.

Estrada though refused to comment on the delay in the proceedings of the Sona following the installation of former President now Pampanga Representative Gloria Macapagal Arroyo as the new Speaker of the House effectively removing Davao Del Norte Representative Speaker Pantaleon Alvarez from the position.

“I never expected it. I don’t give advice if I’m not asked, no comment na lang” he said.

Estrada reiterated his plans to get the city of Manila back in prime should he win as Mayor again in the 2019 polls.

“Yeah [I’m running], my last term. Because I have to bring back Manila to its old glory. I inherited a bankrupt city,” he said.