In a surprise move on Monday, former president and now Pampanga Rep. Gloria Macapagal Arroyo took her oath as new Speaker of the House of Representatives.

Quimbo said 14 lawmakers, including him, voted to abstain from the voting. 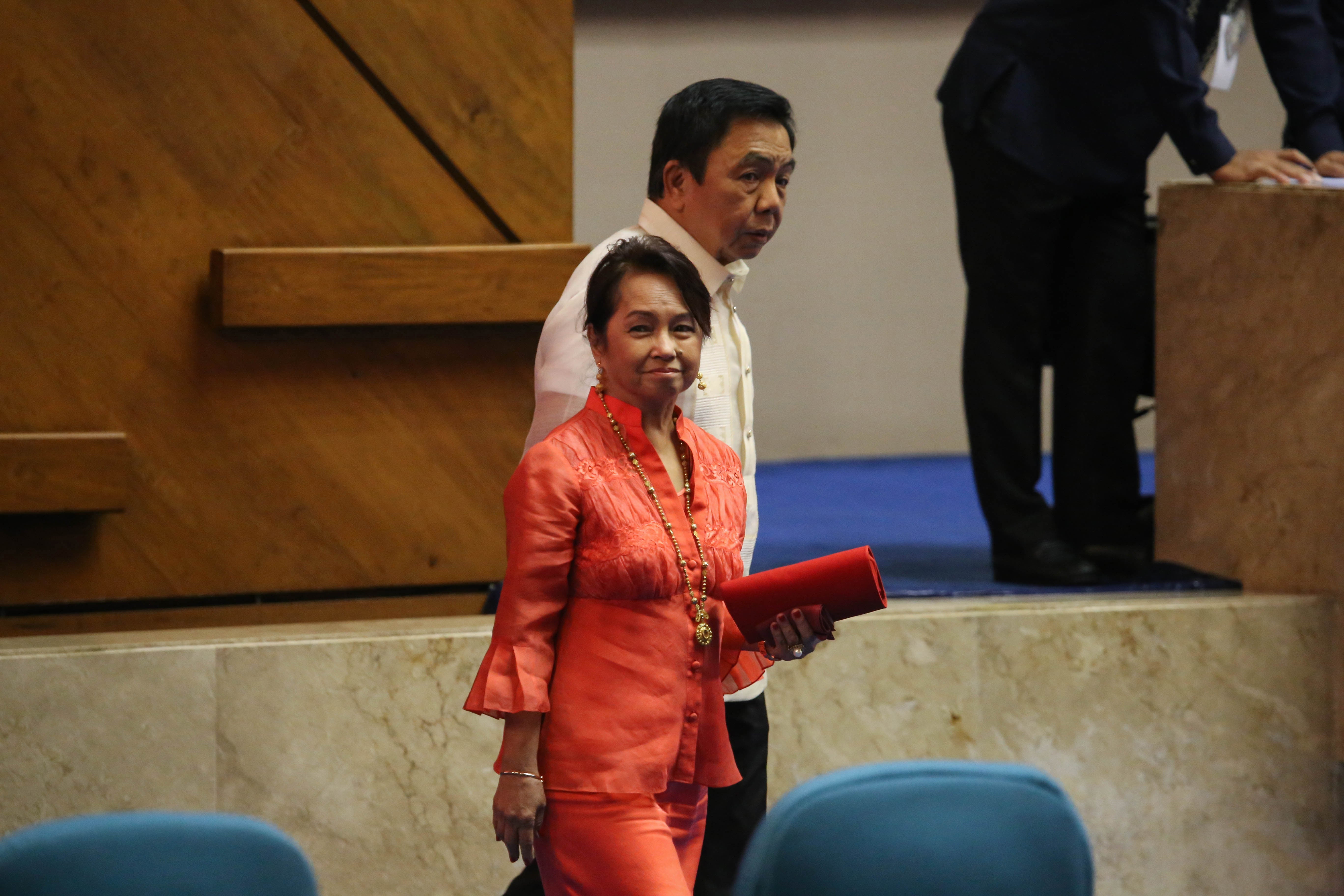 Minutes before President Rodrigo Duterte’s state of the nation address, Arroyo was seen taking over the rostrum.

She was later seen taking her oath before a lawmaker.

The microphone at the podium was notably turned off as Arroyo was taking her oath.

She was also seen shouting something to legislators before the oath-taking. 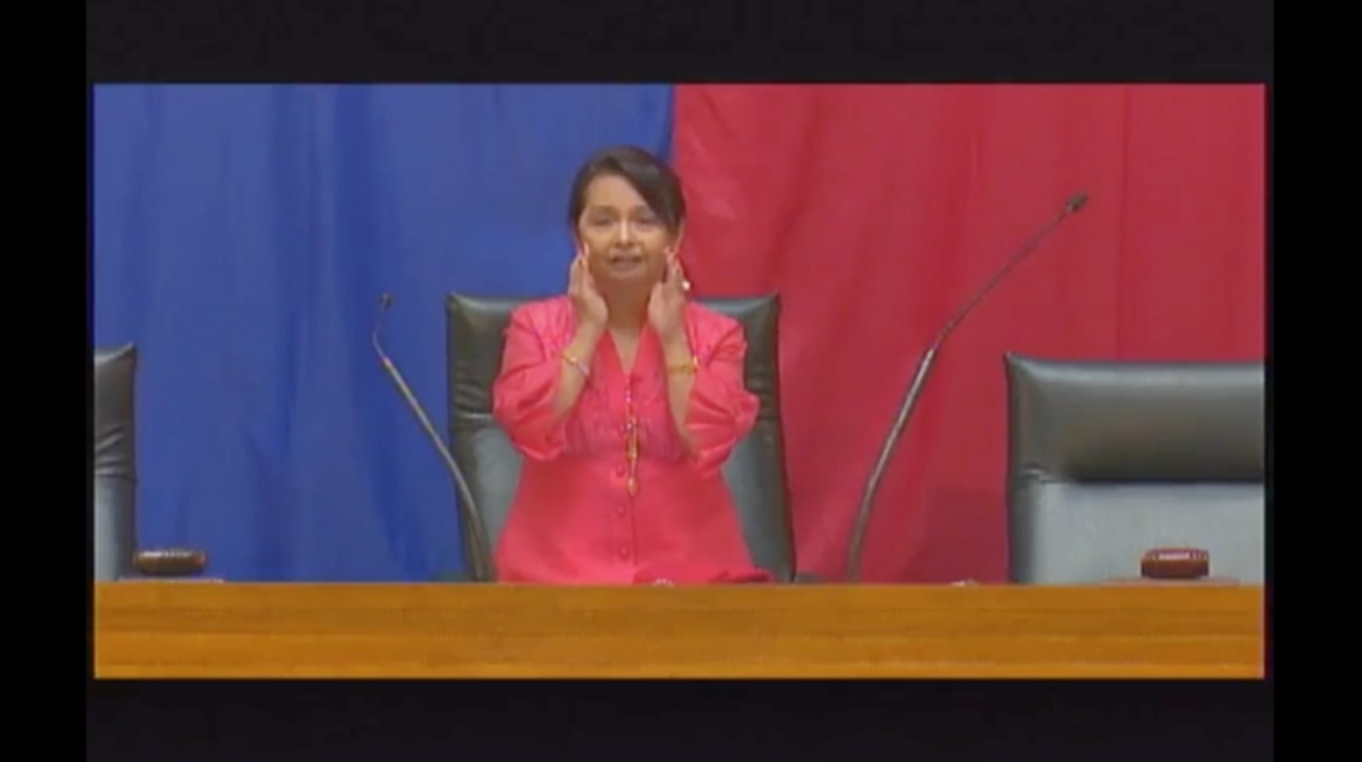 While Arroyo was at the podium, Alvarez was seen welcoming Duterte at the House.

Duterte was scheduled to deliver his state of the nation address at 4 p.m.

Before this, talk of Arroyo taking over the Speakership from Alvarez broke out just before the opening of the session at 10 a.m.

But the House adjourned the session without the expected change in leadership.

But Camarines Sur Rep. Rolando Andaya Jr. was supposed to raise his objection to the adjournment of the session earlier when the audio of the livestream was turned off.