No number coding for July 23 – MMDA 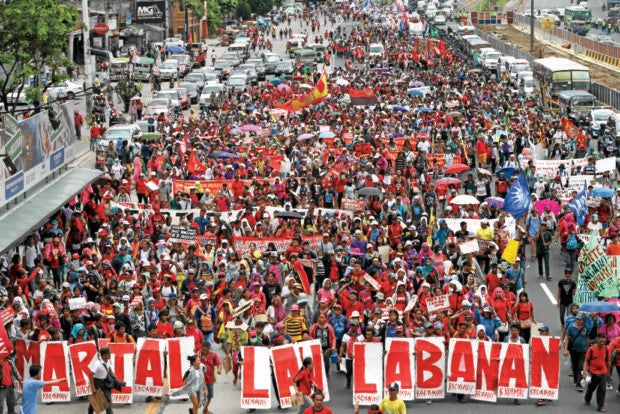 The Metropolitan Manila Development Authority (MMDA) lifted the number coding scheme in the National Capital Region on Monday in line with the State of the Nation Address (Sona) of President Rodrigo Duterte.

In an advisory, the MMDA suspended as of 5:00 a.m. the implementation of the number coding system.

The MMDA earlier said portion of Commonwealth Avenue – from Tandang Sora to Batasan Road – will be closed to traffic starting Monday midnight in anticipation of demonstrations to be held in the area in time for Mr. Duterte’s third Sona.

READ:  Portion of Commonwealth Avenue closed for Sona on July 23

Meanwhile, about 7,000 policemen have been deployed in and around Batasang Pambansa Complex where Duterte will deliver his Sona on Monday afternoon. /kga