Marikina placed under a state of calamity due to flooding 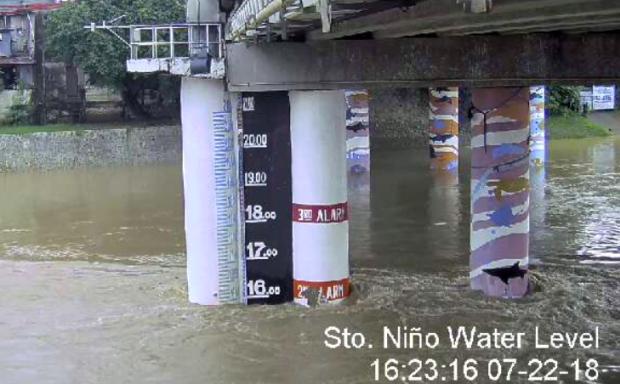 By 3:30 p.m. on Sunday, July 22, 2018, the water level of Marikina River had subsided to 16.1 meters. (Photo from the Facebook account of the Marikina Public Information Office)

Marikina City was placed under state of calamity on Sunday due to flooding caused by continuous rainfall, Marikina City Mayor Marcelino Teodoro said.

Placing the city under a state of calamity would help local authorites get relief assistance quickly to residents.

“We declared a state of calamity because it has been raining hard for a week now,” Teodoro said in Filipino in an interview with AM radio station dzBB. “Many residents have not been able to go to work because of flooding.”

Classes in all levels in both public and private schools in Marikina were also declared suspended on Monday due to flooding.

With the city under a second alarm alert level, Marikina officials have asked residents to evacuate to designated centers.