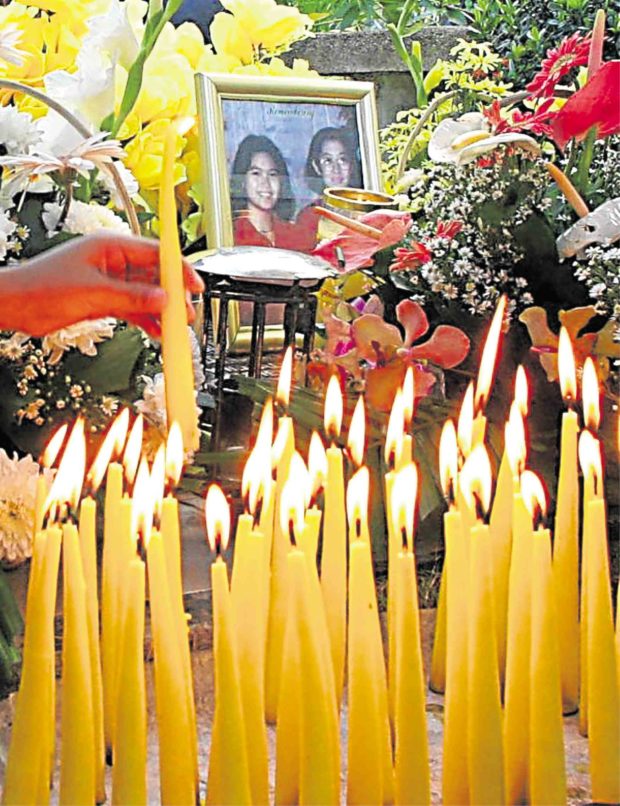 CEBU CITY — The path to moving on continued to be littered with lies for Thelma Chiong, who lost her two daughters 21 years ago when they were abducted, raped and killed by seven men — six in jail in the Philippines while the seventh, scion of an influential family, a free man in Spain.

Chiong, now 65, said that while she had learned to forgive the men who brutalized her daughters Marijoy and Jacqueline, she simply could not forget.

“I have moved on and accepted the fact that they are gone,” she told the Inquirer.

“The good thing is justice has been served,” she said. “I have forgiven them but they must know that forgiveness and justice are two different things,” she added.

What Thelma continued to grapple with was the insistence that those now serving time for what has been dubbed Cebu’s crime of the century were innocent.

Thelma recalled meeting Margarita, mother of Francisco “Paco” Larrañaga, one of those convicted of the crime, in December 2017.

“I approached her and told her that I already forgave their family,” Thelma recalled telling Margarita. “And she told me: ‘My son is innocent.’ I responded by saying, ‘Ma’am, please don’t say that,’” Thelma said.

“She kept quiet and told me: ‘Tel (for Thelma), let’s be friends,’” Thelma quoted Margarita as telling her during the encounter.

“I hope they will stop sowing lies,” said Thelma.

“It’s been two decades since it happened and yet they are still saying that it was a case of mistaken identity,” she said. 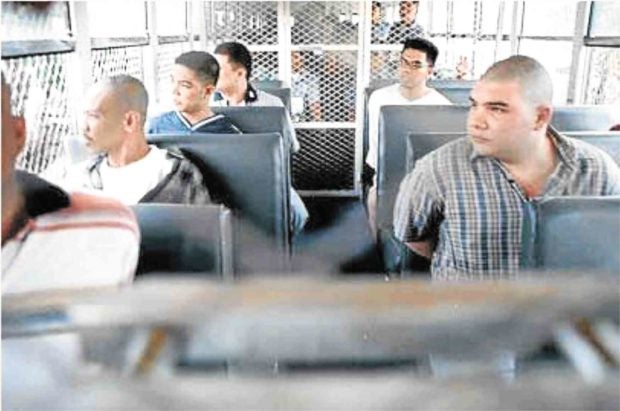 BOYS ON THE BUS Francisco “Paco” Larrañaga (first from the right) and the other men convicted of abducting, raping and killing the Chiong sisters being transferred to the New Bilibid Prison on May 15, 1999—CEBU DAILY NEWS

“The court already convicted the persons who raped and killed my daughters and yet their families have not moved on. Worse, they have not proven their claims that these persons are innocent,” she added.

In 2012, a documentary entitled “Give Up Tomorrow” portrayed how Larrañaga and his six coaccused were supposedly framed.

But Thelma said she and her family were convinced that Larrañaga and the other accused were guilty.

On July 16, 1997, Marijoy and Jacqueline were reported missing after they were seen at the Ayala Center being forced into a vehicle that witnesses said carried Larrañaga and six other men.

A body believed to be that of Marijoy was found two days later at the bottom of a ravine in Carcar City, southern Cebu. Jacqueline’s body was never found.

In 2004, the Supreme Court put the convicts on death row except for James Andrew, a minor at the time of the crime, who was sentenced to life in prison.

On Easter Sunday in 2006, then President Gloria Macapagal-Arroyo commuted the sentences to life terms when she abolished capital punishment.