Duterte’s pivot to Davao, away from ‘Imperial Manila’ 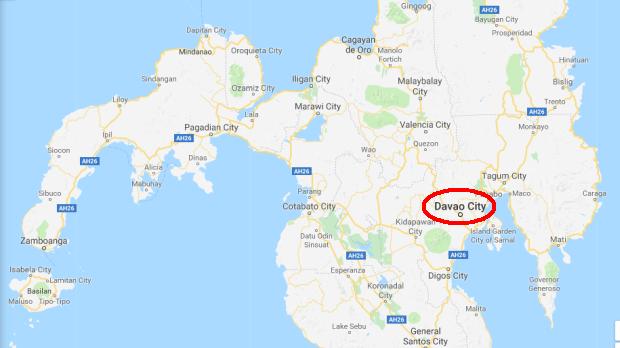 [Editor’s Note: President Rodrigo Duterte will deliver his third State of the Nation Address [Sona] on July 23. The Inquirer looks back at promises he made in Sona 2016 and Sona 2017, and how he and his administration performed on those promises. We will also look at major issues that marked his two years in office in our #Sona2018 series.]

DAVAO CITY — Barely two years into his six-year tenure, President Rodrigo Duterte has not only brought Davao to the attention of the world but he has also transformed his home city into the country’s second seat of power.

It is here where the President seeks refuge during the most stressful days of his presidency, and it is also here where he had entertained guests and foreign dignitaries, among them Japanese Prime Minister Shinzo Abe, top Russian security official Nikolai Patrushev and Hungarian Foreign Secretary Peter Szijjarto.

In January 2017, Abe ended his official visit to the Philippines with a surprise side trip to the President’s modest home in the city.

Shortly after winning the May 2016 elections, the President met in the city with former Ambassadors Philip Goldberg of the United States, Asif Ahmad of Britain, Thomas Ossowski of Germany, Kim Jae-shin of South Korea, and Ambassadors Kazuhide Ishikawa of Japan, Zhao Jianhua of China, Effie Ben Matityau of Israel and Igor Khovaev of Russia.

While the President pivots his foreign policy to China and away from traditional ally the United States, his administration’s pivot to Davao has changed the city’s landscape and the way people from “Imperial Manila” perceive this once laid-back city in the south.

Recently, amid widespread protests against China’s military buildup on artificial islands claimed by Manila in the West Philippine Sea, Chinese government vessels and military aircraft were seen docking in ports and landing in Davao’s airport to refuel and replenish supplies.

A Chinese Ilyushin-76 military plane stirred a controversy on June 8 when it landed and refueled at Davao International Airport supposedly without the knowledge of the Armed Forces of the Philippines.

The same type of Chinese aircraft landed again in Davao on June 23 to refuel, but this time Malacañang said all protocols were followed during the cargo plane’s technical stop.

Diplomatic sources said China would soon open a consulate here next month in a building in Juna Subdivision, while scouting for a bigger site in Davao’s Chinatown.

The President has put to good use the Presidential Guest House, a structure within the Department of Public Works and Highways compound in Panacan district. Popularly known here as the Malacañang of the South, the building is where the President meets with dignitaries and guests.

During the early part of his presidency, Mr. Duterte vowed to go home to and “recharge in Davao” on weekends. At the height of the Marawi siege last year, when he disappeared from public view for four successive days, he was reported to be taking a rest in Davao. It was also in the city where he began most of his long trips abroad.

No wonder, Davao business leaders are basking in the attention created by their former mayor of 22 years.

In just a short span of time, the strip of land from the vicinity of Malacañang of the South, where the President holds meetings on weekends, to much of the city’s Lanang area has boomed.

Like guests given red-carpet treatment, big Manila-based companies are staking out the area’s most prized real estate, sending prices soaring, according to longtime Davao resident and businessman Sebastian Angliongto.

Angliongto, who used to chair the Mindanao Development Council, said prices of real estate, especially along JP Laurel Avenue, rose as high as 100 percent. He attributed this to the number of ongoing construction and development projects and to speculation.

“It’s now a sellers’ market for real property in Davao,” he said, adding that the ones raking in profits were those who had bought properties several years back.

“We have suddenly become the darling of potential investors,” another business leader, Joji Ilagan-Bian, said. “The presidency has given Davao a much-needed boost. Now we are in the radar of tourists far and wide.”

Bian, a former chair of the Mindanao Business Council, used to complain how Davao City suffered from the image of Mindanao as a war-torn region. She said things seemed to have turned around after Mr. Duterte became President.

Although most of these projects were started long before Mr. Duterte became President, it’s only now that the city’s changing skyline is drawing attention, said Ivan Cortez, the City Planning Development coordinator, who used to head the Davao City Investment Promotion.

Only a few minutes away from its first investment site in the city, Ayala’s newest project—a joint venture with the prominent Alcantara clan—seeks to create the Davao City version of Bonifacio Global City on a 25-hectare property that used to house a plywood factory.

Azuela Cove, a partnership between Ayala Land Premiere (ALP) and the Alcantara Group, will not only feature high-rise condominiums but also accommodate the first St. Luke’s medical facility outside Metro Manila.

Mike Jugo, ALP managing director, said the first tower of The Residences, the condo community located within a 1-hectare property of Azuela Cove, generated P2.6 billion in sales last May, when it was launched.

“Given the good response for the North Tower, we’re gearing up for the launch of the second tower,” ALP head of sales Paolo Viray said.

The company expects both towers to be completed by 2023.

Azuela Cove will have a sprawling central park, a waterside esplanade overlooking the Davao Gulf and Samal Island, and lined with specialty restaurants and cafés.

“It will be a better version of St. Luke’s in Quezon City and Global City,” Dela Peña said.

In the education sector, Lyceum Philippines University (LPU) has partnered with Cebu Landmasters Inc. (CLI) for the development of a 17-hectare property on Sun City Road, Buhangin district, into a university town—the first of its kind in the country.

The President finished his pre-law degree in LPU in 1968.

The project, a university town and commercial complex rolled into one, will feature academic structures, residential offices, hotel and convention facilities.

Dela Peña said 5.2 hectares of the area would accommodate the LPU Davao campus, which is expected to open in June next year.

“CLI is honored to work with the higher educational institution that has produced esteemed graduates like our President Duterte,” said Jose Soberano III, CLI chair and CEO, in June.

LPU president Peter Laurel said the idea of building a campus in Davao City came after a coversation with the President when he was still city mayor.

“Two years ago, we went to Davao; he was not yet President,” Laurel told Davao media. “He said, ‘as [an LPU] graduate, it would be good to have a school here.”

Other projects that are fast changing the city landscape include the following:

“The Duterte presidency was what we needed to prove that Davao is a viable place for business,” Bian said. —With Inquirer Research