Radio broadcaster gunned down in Albay 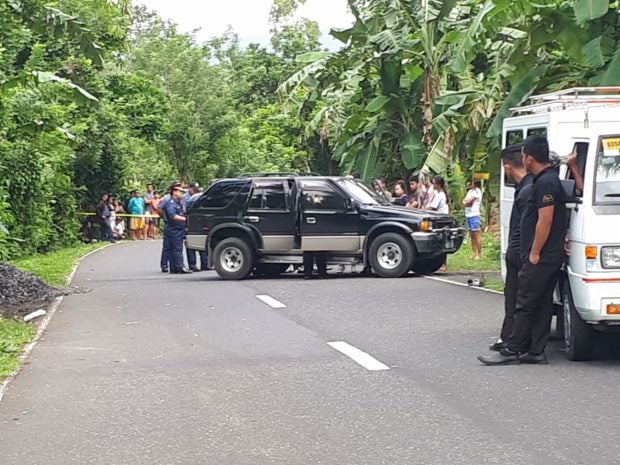 The vehicle of radio broadcaster Joey Llana, in Barangay (village) Peñafrancia, Albay. Llana was killed when he was attacked by still unidentified gunmen at around 5 a.m. Friday.
INQUIRER PHOTO/MICHAEL B. JAUCIAN/INQUIRER SOUTHERN LUZON

Based on the report reaching Bicol police headquarters, local radio station DWZR’s Joey Llana was leaving home for work around 5 a.m., maneuvering his car out of the home garage in Barangay Peñafrancia, when the suspects suddenly emerged and attacked him.

Calubaquib said the gunmen, armed with automatic firearms, riddled the victim with bullets at close range, killing him instantly.

Police Scene of the Crime Operatives (SOCO) and investigators were still at the crime site, as of this posting.    /kga