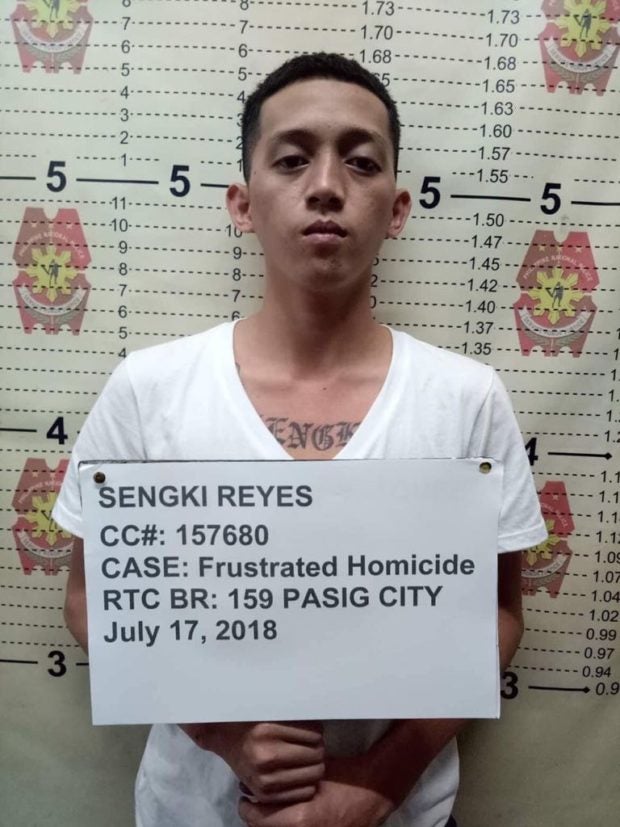 Photo from the Eastern Police District.

Operatives of the Pasig City Police announced the arrest of a man tagged as Pasig City’s top nine most wanted person.

A report from the Eastern Police District (EPD) said that suspect Sengki Reyes was arrested on Tuesday night by the virtue of an arrest warrant issued by the Pasig City Regional Trial Court Branch 159.

Reyes has an outstanding case of frustrated homicide, pursuant to R.A. 8369 or the Family Courts Act of 1997, before the Pasig City court.

Reyes, who was arrested along Blumentritt Street in Barangay Kapasigan, Pasig City, was tagged as the suspect behind the stabbing of a certain Ryan Flores. He allegedly committed the crime with the help of a certain Jericho Presco last November 21, 2014 inside the same barangay.

Arresting officers brought Reyes to the Rizal Medical Center for medical examination, after the arrest.

He is now detained at the Custodial Facility of the Pasig City Police Station while waiting for the commitment order from the court. /jpv