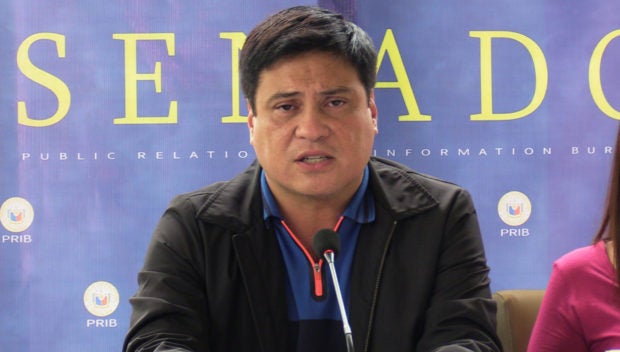 With only  one  “contentious” and “sensitive” issue left, Senate Majority Leader Juan Miguel Zubiri has high hopes that the proposed Bangsamoro Basic Law (BBL) would be  approved this Wednesday.

The  congressional bicameral conference committee resumed its deliberations at the Senate, its sixth day of marathon hearings since July  9.

“Hopefully, today  will be the last day,” Zubiri, head of the Senate contingent in the bicam, said in a press briefing before the resumption of its hearing.

“In principle, pumayag na kami na huwag nang balikan yung mga provisions na inaprub na namin para mapailis ang prosesong ito [We decided not to go back to the provisions that have already been approved so we can expedite the process],” he said.

Zubiri said he hopes that by 4 p.m., the panel would finally sign a reconciled version of the  measure, which was renamed the Organic Law for the Bangsamoro in the Autonomous Region in Muslim Mindanao (BARMM).

The panel, he said, has already completed almost 70 percent of  the 18 Articles  of the  draft measure.

“We’re down  to the  last  five Articles,” said the senator.

Zubiri said the only contentious and sensitive issue is Article  XIII, which  is the regional economy and  patrimony.

Aside from Article  XIII,  the remaining   articles are about rehabilitation and development  (Article XIV),  the plebiscite  (Article  XV), the Bangsamoro  Transition Authority (Article XVI), amendments and revisions (Article  XVII) and the final  provision  (XVIII).

After completing all articles,  Zubiri  said the panel will return to the issue on the wordings of the “Preamble” particularly the proposed  change of the phrase “We, the Bangsamoro,” to  “We, the Filipino people.”

Once approved in the bicam, the measure will then be reverted back to the Senate and the House of Representatives for ratification before transmitting it to President Rodrigo Duterte for signature.

Both chambers expect to  ratify the measure when the  third and last regular session of Congress opens at 10am  on Monday. /jpv