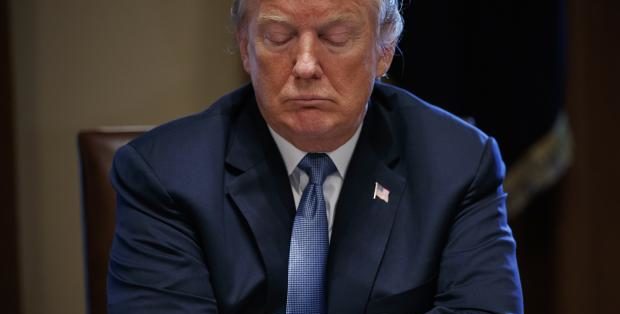 WASHINGTON, United States – President Donald Trump said Tuesday there is no hurry to denuclearize North Korea under his accord with Kim Jong Un — a shift in tone from when the US leader said the process would start very soon.

Trump said he discussed North Korea with Russian President Vladimir Putin on Monday at their summit in Helsinki.

“President Putin is going to be involved in the sense that he is with us,” Trump said.

The Republican president met with Kim on June 12 for an unprecedented summit in Singapore during which the North Korean leader repeated a pledge to denuclearize his country.

But the accord did not spell out a timetable for the process or say how it would be carried out. Diplomats are now expected to hammer out the details.

More than a month later, no concrete progress has been reported and North Korea has complained the Americans are making unilateral demands.

Before the Singapore summit, the Trump administration said denuclearization should start “without delay,” and after the meeting, it spoke of the process beginning “very quickly.”

A day after the meeting, US Secretary of State Mike Pompeo said the bulk of North Korea’s denuclearization should be completed by the end of Trump’s term in 2020. /cbb

ADVERTISEMENT
Read Next
SC endorses one of its own as next Ombudsman
LATEST STORIES
Report: Disney dropping the ‘Fox’ from movie studio names
Trump assembles a made-for-TV impeachment defense team
Palace OKs total deployment ban on Kuwait OFWs
‘High crimes and misdemeanors’: Trump impeachment trial begins
Gov’t in no rush to rescue animals in Taal
MOST READ
Nadine Lustre’s phone stolen in Brazil
Lights inside SMX hall flicker as Duterte rants vs Ayala, Pangilinan anew
In fight vs corruption, Duterte now points to Ayala, MVP companies as ‘big fish’
After winning title, time for LA Tenorio to give back to Batangas folk
Don't miss out on the latest news and information.