Zubiri warns of ‘mess’ at Sona if Con-Ass convened 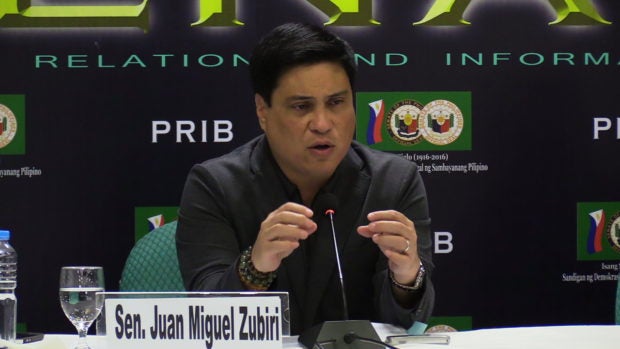 Senate Majority Leader Juan Miguel Zubiri on Monday warned that the senators would walk out of a joint session of Congress next Monday if the occasion would be used to call a constituent assembly for the amendment of the Constitution.

Zubiri was asked in a television interview about the possibility of the joint session being used to launch a constituent assembly that would revise the 1987 Constitution for a shift to federalism.

“I don’t think there will be people blatant enough to do that. That’s not the proper forum. That should not even be experimented with because I can tell you now what some of my colleagues might do,” he replied.

“They might walk out . . . A lot of the senators might just stand up and walk out. It will be a mess,” he said.

At 10 a.m. next Monday, the Senate and the House of Representatives will open the third and last regular session of the 17th Congress.

In the afternoon, the two chambers will hold a joint session to listen to President Duterte’s State of the Nation Address (Sona).

In his interview, Zubiri rejected the possibility of scrapping the 2019 midterm elections to give way to the amendment of the Constitution.

Zubiri expressed doubt that any amendments to the Constitution would be approved immediately even if the midterm elections were scrapped.