Russian meddling in US midterms? More fear than proof so far 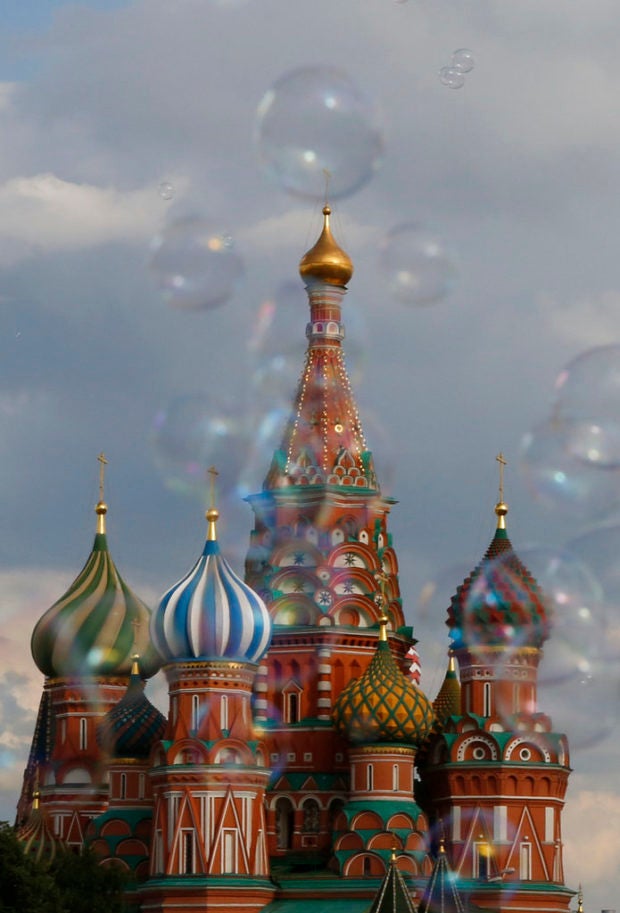 Bubbles float past St. Basil’s Cathedral in Red Square, during the 2018 soccer World Cup in Moscow, Russia on July 13, 2018. AP

PETERSBURG, Russia  — The sponsors of the Russian “troll factory” that meddled in the 2016 US presidential campaign have launched a new American website ahead of the US midterm election in November.

A Russian oligarch has links to Maryland’s election services. Russian bots and trolls are deploying increasingly sophisticated, targeted tools. And a new indictment suggests the Kremlin itself was behind previous hacking efforts in support of Donald Trump.

As the US leader prepares to meet Russian President Vladimir Putin in Helsinki on Monday, many Americans are wondering: Is the Kremlin trying yet again to derail a US election?

So far, at least, it seems not so much.

Most online manipulation ahead of the midterm election is coming from US sources, experts say. They worry that focusing on Russian spy-mongering may distract authorities from more dangerous homegrown threats.

There is Russian activity, to be sure. But it appears aimed less at swaying the US Congress one way or another and more at proving to fellow Russians that democracy is unsafe — and thereby legitimizing Putin’s autocratic rule at home.

USAReally is a case in point. The website was launched in May by the Federal News Agency, part of an empire allegedly run by Putin ally Yevgeny Prigozhin that includes the Internet Research Agency — the “troll factory” whose members were indicted by US special investigator Robert Mueller this year.

USAReally’s Moscow offices are in the same building as the Federal News Agency. The original troll factory was also initially based with Federal News Agency offices in St. Petersburg, in a drab three-story building where a huge “For Rent/Sale” sign now hangs.

The site believed to house the troll factory’s current offices is a more modern, seven-story complex with reflective blue windows in a different but similarly industrial neighborhood of St. Petersburg.

An Associated Press reporter was not allowed inside, and troll factory employees declined to be interviewed.
The USAReally site appears oddly amateurish and obviously Russian, with grammatical flubs and links to Russian social networks.

Yet his Moscow office is adorned with a confederate flag, Trump pictures and souvenirs and a talking pen that parrots famous Trump quotations.
“Disrupt elections? You will do all that without us,” he told The Associated Press. He said Americans themselves have created their own divisions, whether over gun rights, immigrants or LGBT rights — all topics his site has posted articles about.

US officials certainly aren’t in panic mode over Russian midterm meddling. While security services are on high alert, “the intelligence community has yet to see evidence of a robust campaign aimed at tampering with election infrastructure along the lines of 2016,” Christopher Krebs, the undersecretary at the Department of Homeland Security, told a Congressional hearing Wednesday.

In the meantime, an array of bots, trolls and sites like USAReally appear to be testing the waters.

“USAReally is unlikely to create big momentum in its own right,” in part thanks to stepped-up actions by Twitter and Facebook to detect and shut down automated accounts, said Aric Toler of the Bellingcat investigative group.

However, Toler said the site could build momentum by creating divisive content that then gets passed to other provocative news aggregators in the US such as InfoWars or Gateway Pundit.

He believes that a key role for sites like USAReally is to please the Kremlin and to prove that Prigozhin’s empire is still active in the US news sphere.

Prigozhin, sometimes dubbed “Putin’s chef” because of his restaurant businesses, has not commented publicly on USAReally. Prigozhin and 12 other Russians are personally charged with participating in a broad conspiracy to sow discord in the U.S. political system from 2014 through 2017.

Editor Malkevich confirms his site’s funding comes from the Federal News Agency. But he says he has nothing to do with the indicted trolls, who once operated under the same roof.

“I absolutely don’t understand this spy mania,” he said. He says the site has a few thousand followers, and that his 30 journalists and editors check facts and don’t use bots.

Whatever USAReally’s real mission, Homeland Security’s Krebs warned that “the intelligence community continues to see Russia using social media … and other means to influence or inflame positions on opposite ends of controversial issues.”
However, he said, “these efforts appear to be more aimed at dividing rather than targeting specific politicians.”

The big question is what Trump plans to do about this.

Trump is under heavy pressure to tell Putin to stay out of US elections when they meet, and he said Friday that he would. But many state lawmakers and members of Congress say it’s taken far too long, and that Trump’s refusal to condemn Russia’s interference in the 2016 election complicates efforts to combat future attacks.

After the top US intelligence agencies found a Putin-ordered “influence campaign” in which Russian hackers targeted at least 21 states ahead of the 2016 election, several state election directors fear further attempts to hack into voting systems could weaken the public’s confidence in elections.

The FBI told state officials no criminal activity has been detected since vendor ByteGrid was purchased in 2015 by AltPoint Capital Partners.

Experts note that governments have been using technology to influence foreign powers for millennia, and caution against assuming the Russians are always at fault.
“Just because it’s a troll doesn’t mean it’s a Russian troll,” said Ben Nimmo of the Atlantic Council. “The really big challenge for the midterms … is differentiating what the Russians are doing, and what the Americans are doing to each other.” /ee

TAGS: Russian interference in US elections, US Elections