Trillanes not target of security shake up – PNP | Inquirer News

Trillanes not target of security shake up – PNP 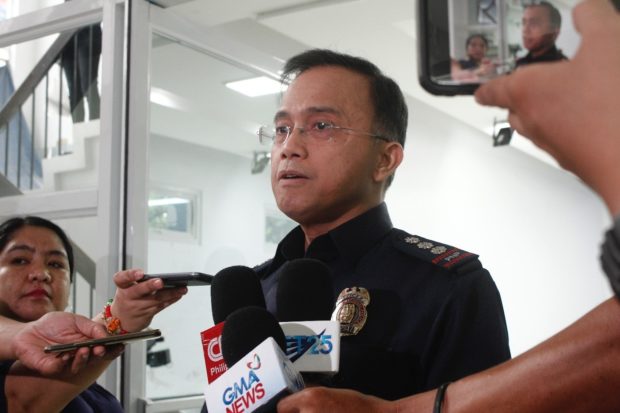 The Philippine National Police (PNP) said Sunday that the removal of police security escorts of Senator Antonio Trillanes IV did not only affect him but other VIPs as well.

In a statement, the PNP said the two policemen assigned to the senator were withdrawn as part of a “comprehensive review” in the deployment of security personnel.

“The PNP is conducting a comprehensive review of all protective security personnel its Police Security and Protection Group (PSPG) provides to all qualified VIPs including elected and appointed officials as well as private individuals,” the PNP said in a statement.

It added that with the upcoming elections, the PNP was applying measures to prevent police personnel from being used in politics.

The review “is also part of PNP’s proactive measures to ensure police personnel will not be, wittingly or unwittingly, used by their VIPs for economic or political reasons especially as we approach the election season,” it added.

Earlier, Trillanes claimed that the government removed all his security detail, both from the PNP and the Armed Forces, leaving him without any government escorts.

PNP spokesperson Senior Supt. Benigno Durana denounced the claim of Trillanes that the senator was left without personal protection.

Durana said that Trillanes had six bodyguards, contrary to the claim of the senator.