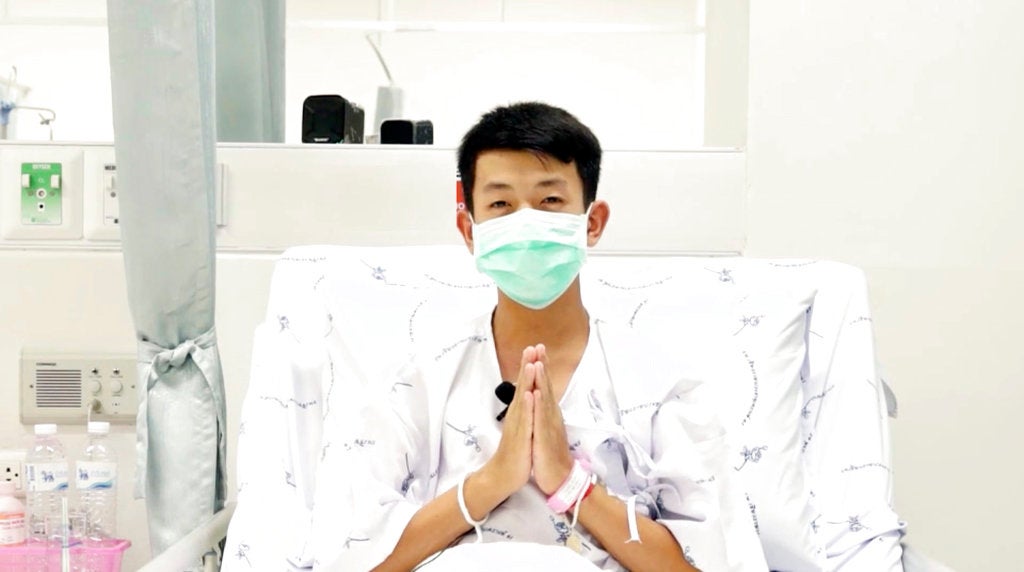 Twelve young footballers and their coach rescued from a Thai cave will be released from hospital on Thursday, health officials said, offering psychological support and urging the group to avoid media interviews despite huge interest in their against-the-odds survival story.

The group, called the “Wild Boars” after their football academy, went into the Tham Luang cave in northern Thailand on June 23 to celebrate a birthday, but became trapped as floodwaters poured in.

They were all extracted on July 10, ending an ordeal that had the world holding its breath for their safe return.

“All 13 Wild Boars are in good physical health… all are in good spirits,” public health minister Piyasakol Sakolsattayatorn told reporters on Saturday.

“They will be discharged altogether, initially on Thursday.”

The children — and their parents — have been advised to spend time with friends and family and not to give media interviews as that could “trigger post-traumatic stress disorder symptoms,” the minister added.

The disappearance of the young footballers and their protracted, daring rescue captivated the world. 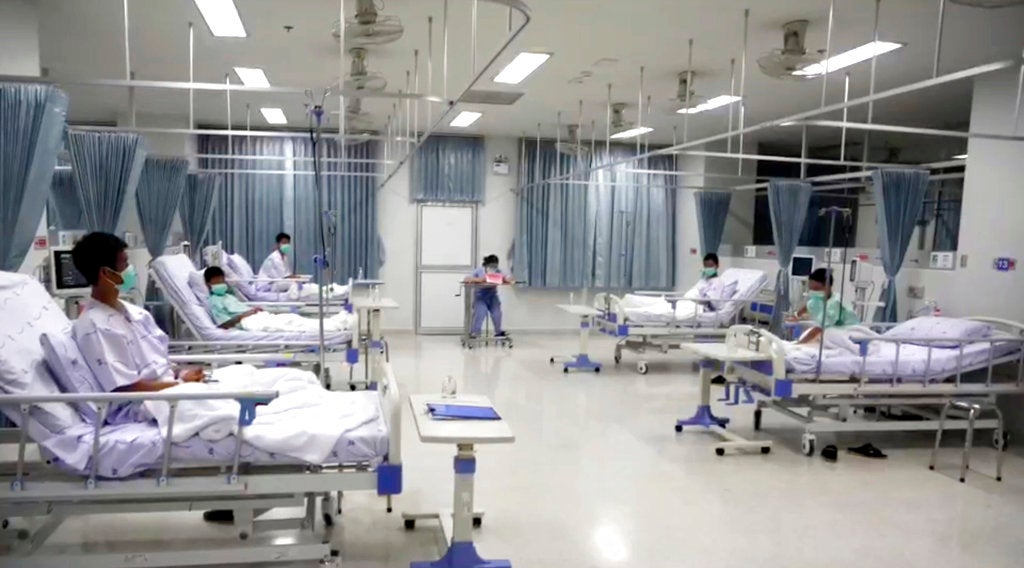 Hollywood producers are already jockeying to make the film of a saga whose twists and turns are ready made for drama.

A nail-biting three-day mission to rescue the boys in groups ended successfully on July 10.

In a meticulously planned extraction, the boys put on wetsuits and diving gear before being sedated, put on stretchers and pulled or carried out through submerged passageways and up steep slopes inside the mountain.

The unprecedented rescue involved scores of Thai and foriegn expert cave divers, many of whom have expressed delight and surprise at the success of the mission.

Mental health experts have warned of the long-term effects of being trapped in the dark with no food, especially in the first nine days before they were found by a pair of British divers.

One of the divers Richard Stanton on Friday told reporters that the mission was “an order of difficulty much higher than anything that’s been accomplished anywhere around the world by any other cave diving team.”

Thai authorities have only released partial information about the bold operation to free the team, heavily restricting access to the boys and their families.  /muf