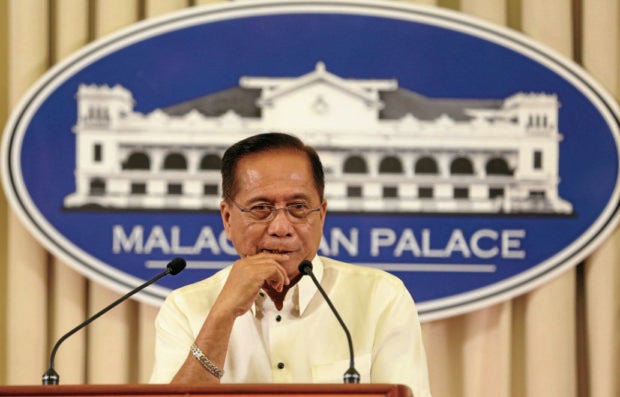 Presidential Peace Adviser Jesus Dureza ordered the Armed Forces of the Philippines (AFP) to return its P192.5 million fund for road projects that have been shelved since 2012 in Maguindanao.

In a meeting with AFP officials on Tuesday, Dureza said the military should return this initial amount from the Disbursement Acceleration Program (DAP) since the project remained “unimplemented.”

The full amount of P250 million for the road project was not released after a Supreme Court ruling declared DAP unconstitutional, a statement from the Office of the Presidential Adviser on the Peace Process (OPAPP) on Saturday read.

“The projects were supposed to have been implemented in the previous administration starting July 2012, with the funds already being ‘downloaded’ to the AFP,” the statement added.

The OPAPP also cited the “considerable lapse of time and the possibility that the project cost now would vary from the program of work costs six years ago.”

Brigadier General Dionisio Baudin Jr., 52nd Engineering Brigade Commander of the AFP, meanwhile, said they would “comply [with] whatever instruction is given” to them.

The funds would be tagged “unliquidated” by the Commission on Audit, OPAPP’s statement read. /jpv

Read Next
MMDA urges public to join ‘surprise’ metro-wide quake drill next week
EDITORS' PICK
Legarda emphasizes role of ICC/IPs in nation building this IP month
Biden vows to stand with Asia on freedom, hits at China on Taiwan
FDA reviewing COVID-19 vaccines’ EUA for booster shots
NCR’s COVID-9 alert level may be downgraded from 3 to 2 soon — DOH
Climate Change Commission and Nestlé PH to discover sustainability-focused solutions
What’s at stake for every fighter at ONE: NextGen
MOST READ
Drivers now required to take driver’s education upon license renewal – LTO
Gordon to Duterte: You? Teaching me courtesy?
Yang, Lao, firms linked to Pharmally didn’t file ITRs for several years — Drilon
Marcos Jr’s ‘special diploma’ from Oxford: You can have it, too
Don't miss out on the latest news and information.