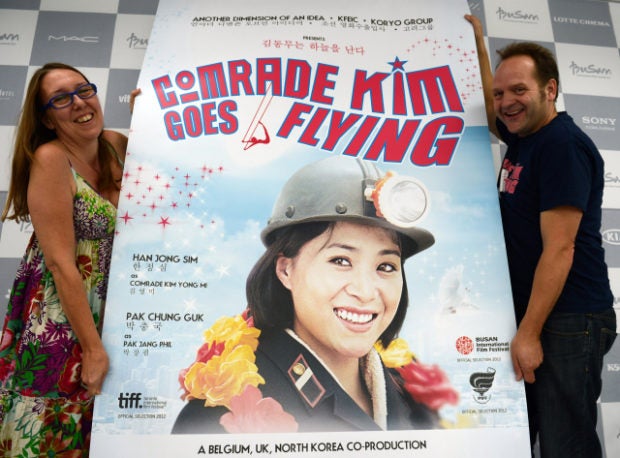 South Korea approved a rare screening of North Korean movies at a local film festival on Tuesday, as a diplomatic thaw gains pace following two landmark summits between their leaders.

The two countries technically remain in conflict after the 1950-53 Korean War ended without a peace treaty, and all cross-border civilian contact — including trips, letters, or emails — are banned unless endorsed by both governments.

The North’s films include the 2016 drama hit “The Story of Our Home”, about three orphaned siblings trying to stay together, and “Comrade Kim Goes Flying”, a 2012 romantic comedy about a miner pursuing her dream to become an acrobat.

Organizers have also sought to invite several North Korean moviemakers but are waiting for official approval.

Even possession of publications or other materials produced in the North can be a criminal offense under the South’s anti-communist National Security Law.

But cross-border relations have warmed after South Korean President Moon Jae-in, who has championed dialogue with the isolated North since taking office last year, held a landmark summit with the North’s leader Kim Jong Un in April.

The impoverished North has a vibrant movie industry, though most of its productions are propaganda films extolling the ruling Kim family and its regime.

Kim’s late father and predecessor Kim Jong Il was an avid movie fan who even ordered a 1978 kidnapping of a famed South Korean actress and a film director. The pair escaped in 1986 after making several movies in the North. NVG