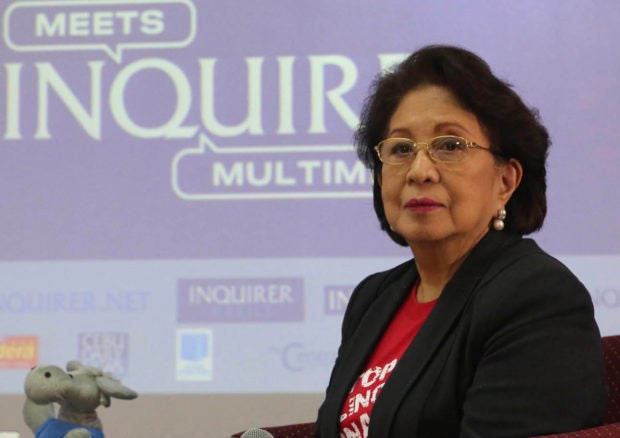 Ombudsman Conchita Carpio Morales denied on Monday that she was under pressure, as her critics kept insisting, to delay the prosecution of the graft case filed against former President Benigno “Noynoy” Aquino III in connection with the Disbursement Acceleration Program (DAP)

She blamed the delay instead on the Commission on Audit (COA).

“If there was any delay, it had to do with our expectation from the COA for its fraud audit reports,” she said in an interview Karen Davila in the ANC program “Headstart.”  “So it was not due to pressure, but in light with the fact that the COA did not respond to us immediately.”

According to her, the documents were forwarded to the COA in 2015, but despite follow-ups it was only sent back after two years of audit investigations.

Last June 14, a month before her retirement, Morales indicted Aquino for usurpation of legislative powers for approving the request of former Budget Secretary Florencio Abad to fund priority projects under DAP.

DAP authorized inter-agency transfer of savings allocation to various projects, which resulted in the filing of graft complaints against the two officials.

Aquino is also on trial at the Sandiganbayan for graft and usurpation of authority in connection with the Jan. 25, 2015 battle between members of the Special Action Force (SAF) and Moro fighters in Mamasapano in Maguindanao, in which 44 police commandos were killed. –Carol Balita/INQUIRER.net intern