Duterte meets Valles, agrees to ‘moratorium on statements’ vs Church 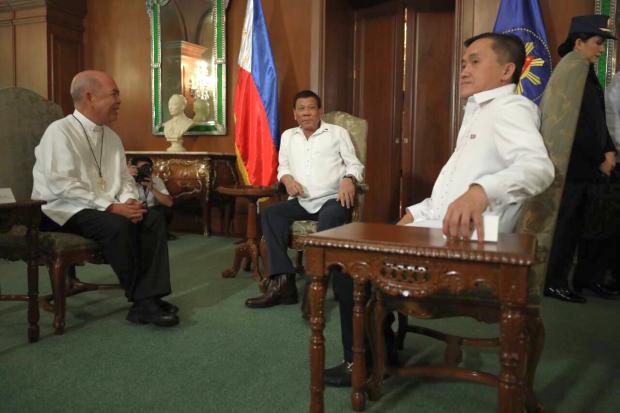 In a text message, presidential spokesperson Harry Roque said the two leaders met at around 4 p.m.

The President, Roque said, agreed to a “moratorium on statements” against the Catholic Church.

“[Duterte] agreed to a moratorium on statements about the Church after the meeting. It was a one-on-one meeting,” he said.

Photos released by Malacañang showed the President and Valles in a private meeting inside the Palace.

Except for Special Assistant to the President Christopher “Bong” Go, no other official was present during the meeting. /atm