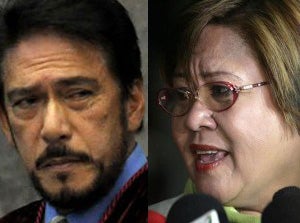 Sotto made the request in a letter to PNP Director General Oscar Albayalde dated July 2. A copy of the letter was only released to the media this Friday.

In the letter, the Senate leader asked that De Lima be allowed “to exercise her functions as an elected senator of the country” by conducting hearings on pending measures referred to the Senate committee on social justice, welfare and rural development committee, inside the premises of the PNP Custodial Center.

De Lima, who has been charged and detained for alleged involvement in illegal drugs, is chair of the committee.

“As the Senate President, I am giving Senator De Lima full authority to discharge her duties as chair of the committee, particularly to conduct and personally preside over its hearings—similar to what had been done by Sen. Antonio Trillanes IV during his detention,” Sotto said in the letter.

“This request is being made so as the relevant measures that are currently pending in the committee will be given opportunity to be heard and be deliberated on by the Philippine Senate, consistent with Section 24 of the Senate Rules,” he added.

The Senate leader then cited the following bills pending before De Lima’s committee:

“Clearly, the afore-cited legislations, if passed into law, will be beneficial to all the Filipinos in general and will give the marginalized sectors their needed boost. Thus the timely holding of a committee hearing is vital,” Sotto noted.

Sotto then assured that the Senate contingent would abide by the internal rules and regulations of the PNP during the conduct of the hearings, and that necessary coordination would be made prior to the scheduled hearing. /kga