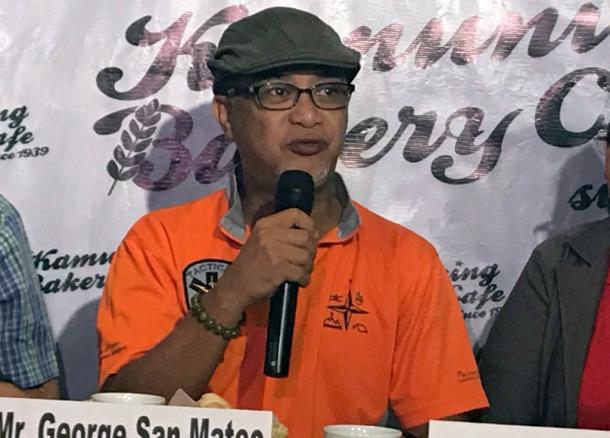 The government has made Filipino commuters a “scapegoat” when it approved a P1-jeepney fare increase, a transport group leader said Thursday.

George San Mateo, president of the Pinagkaisahang Samahan ng mga Tsuper at Operator Nationwide (PISTON), said that instead of listening to their suggestions on how to deal with the rising fuel prices, the government has forced commuters to shoulder the burden thru the fare hike.

(The problem with this high fuel prices was passed on to our poor commuters by this government.)

(It’s sad because our fellowmen were made as scapegoat.)

The Land Transportation and Regulatory Board (LTFRB) has approved a provisional jeepney fare hike of P1, increasing the minimum fare from P8 to P9.

According to San Mateo, what they suggested to address the rising fuel prices was for the government to suspend the implementation of the Tax Reform for Acceleration and Inclusion (TRAIN) law in order to lower the price of diesel and not resort to a fare increase.

(The problem is the government doesn’t want to listen. There are a lot of posible solutions. One is to suspend the implementation of TRAIN law. This is what really saddles the public, the operators and drivers.)

San Mateo said commuters should not blame jeepney drivers for the fare hike.