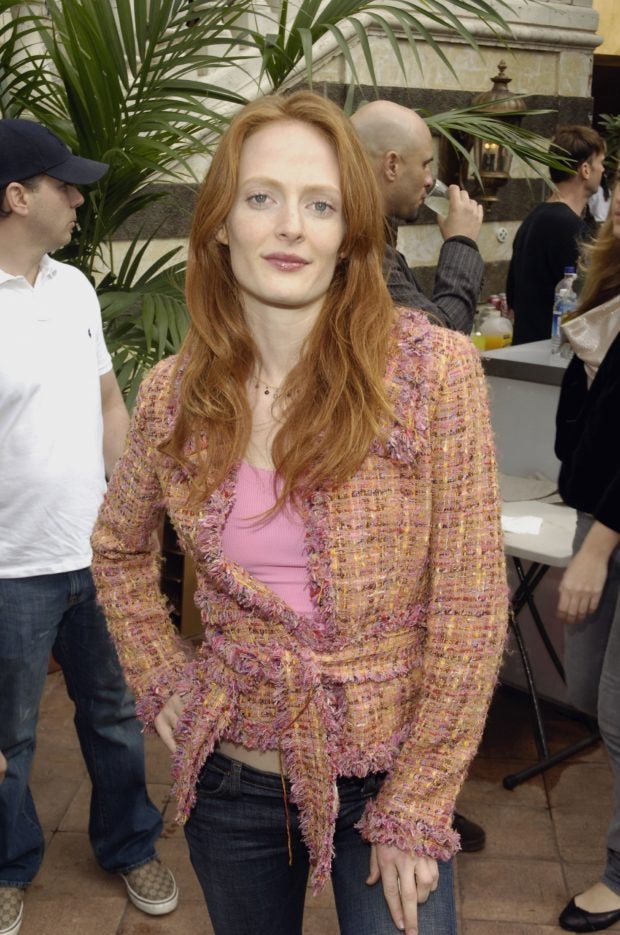 In this file photo taken on March 03, 2006, Daisy McCrackin attends the luncheon for a special tribute to David LaChapelle’s documentary Rize in Los Angeles, California. The luncheon was hosted by Pamela Anderson and Mizuki Ueda of Sly. Three suspects were charged on Tuesday July 3, 2018, with kidnapping Daisy McCrackin, an actor and musician who appeared in Halloween: Resurrection, and fellow actor Joseph Capone from a Los Angeles home and holding one of them naked in a bathtub for 30 hours, while demanding the other pay a $10,000 ransom, prosecutors said. / AFP PHOTO / GETTY IMAGES NORTH AMERICA / John M. Heller

Los Angeles, United States – Three people have been formally charged for kidnapping “Halloween: Resurrection” actress Daisy McCrackin and actor Joseph Capone, holding one naked in a bathtub for 30 hours while demanding the other pay a $10,000 ransom.

Keith Andre Stewart, Johntae Jones and Amber Neal were charged with 17 felony counts, including kidnapping, assault with a firearm, grand theft, mayhem and conspiracy, and possession for sale of methamphetamine, according to a grand jury indictment unsealed Tuesday.

Prosecutors said the three traveled to McCrackin’s home on May 3, where Stewart pistol-whipped Capone. The trio then placed black hoods over the actors’ heads and drove them to Jones’ home in Compton.

There, the trio stripped Capone naked and forced him to stay in a bathtub for 30 hours without food.

Jones and Neal, meanwhile, took McCrackin’s car and drove her to various banks demanding she pay at least $10,000 to free Capone.

Eventually, McCrackin was forced to write a check for the same amount to Neal, who deposited it into her account, the indictment said.

The group brought McCrackin back to her home on May 4, where she escaped and contacted police, leading to the defendants’ arrest.

Neal’s arrest with her hands up in front of multiple police cars and police officers with their weapons drawn, has been viewed more than 3.2 million times on Twitter, the original poster suggesting it was an example of police brutality toward African-Americans.

The Los Angeles District Attorney’s Office said Stewart and Jones face a maximum possible sentence of life in state prison without the possibility of parole if convicted as charged, while Neal faces up to life in prison.

Bail was set at $1 million for Jones and Neal, and $2.08 million for Stewart. They are due in court for a pretrial hearing on July 23 at the Foltz Criminal Justice Center county courthouse.  /kga