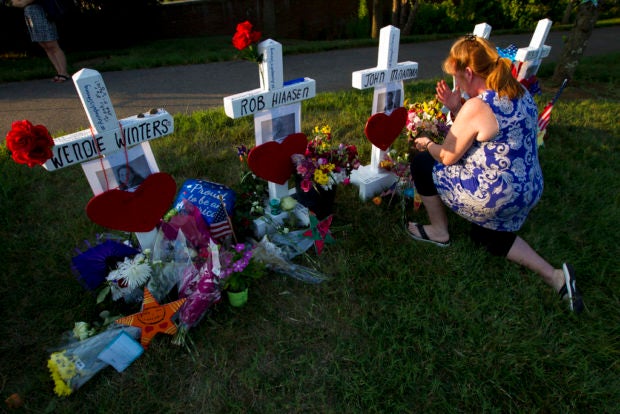 Colleen Joseph prays over the crosses at a makeshift memorial at the scene outside the office building housing The Capital Gazette newspaper in Annapolis, Maryland on July 1, 2018. AP

The order comes after Annapolis Mayor Gavin Buckley said Monday that Trump had declined his request to lower the flags.

Trump issued a proclamation Tuesday ordering the flags fly at half-staff through sundown.

Five Capital Gazette newspaper employees were killed Thursday when a gunman holding a grudge against the publication shot them in the newsroom.

Trump repeatedly has called journalists the “enemy of the people.” He said the day after the shooting that journalists shouldn’t fear being violently attacked while doing their job.

The White House says Trump ordered the flags lowered as soon as he learned of the Annapolis mayor’s request. /ee