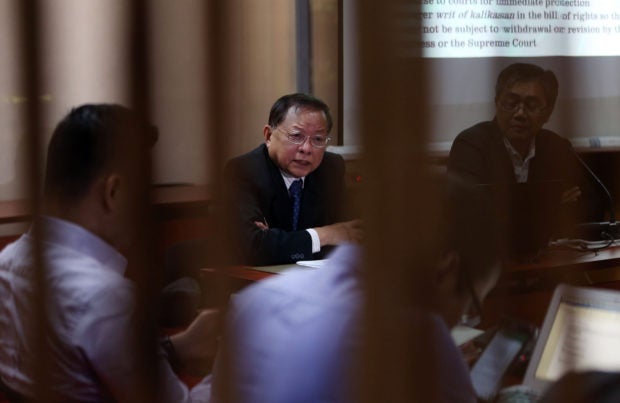 The chairman of the Consultative Committee (Con-com) believes that the “best time” to hold a referendum for the new federal Charter is in May 2019.

Former Chief Justice and Con-com chairman Reynato Puno said Tuesday that the plebiscite should be held in the middle of 2019 in order to give way first for a nationwide information drive on the proposed federal Constitution.

“(The plebiscite should be held) by middle of next year (May 2019), about that time, so there will be time for the people to understand this new Constitution,” Puno told reporters in an ambush interview.

But Puno explained that the referendum should be separate from the midterm elections, which is set by law in May 2019, “so the people can now focus on the merits of the proposed Constitution.”

In a referendum, the electorate would decide by majority whether or not it will ratify a proposal—in this case, changing the Constitution.

Congress has yet to decide whether it would choose Constitutional convention (Con-con) or a constituent assembly (Con-ass) in revising the Charter before the referendum.  /kga