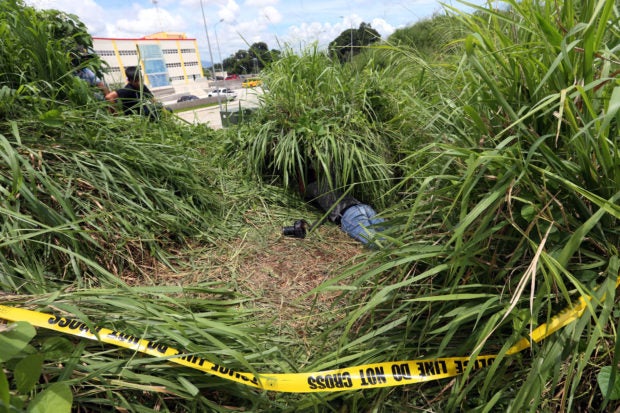 VIEW TO A KILL A photographer checks a grassy area where a sniper may have shot Mayor Halili about 150 meters away. INQUIRER photo

The position of the gunman in the killing of Tanauan City Mayor Antonio Halili in Batangas was discovered by investigators more than a hundred meters away from where the slain official was standing.

According to Supt. Renato Mercado, Tanauan City Police chief, the sniper was positioned about 150 meters away from the location where Halili was attending the flag ceremony.

The assailant used the elevated portion of the area as a vantage point as he covered himself with the grass.

([The sniper was positioned about] 150 meters, there he took cover. There was no one in that area because the nearest area is a cemetery, and it is full of grass.)

Mercado said that the investigations done by the Scene of the Crime Operatives are still on going as of now.

Halili was killed after taking a single bullet in the chest on Monday morning while the officials of the Tanauan local government was holding a flag-raising ceremony.

Halili became controversial after his “Walk of Shame” campaign throughout the city where suspected criminals were paraded along the city streets wearing placards.

Different video clips have spread through social media about the murder, showing Halili staggering to the ground after being shot. Chaos ensued as other officers of the city government scamper away. /jpv