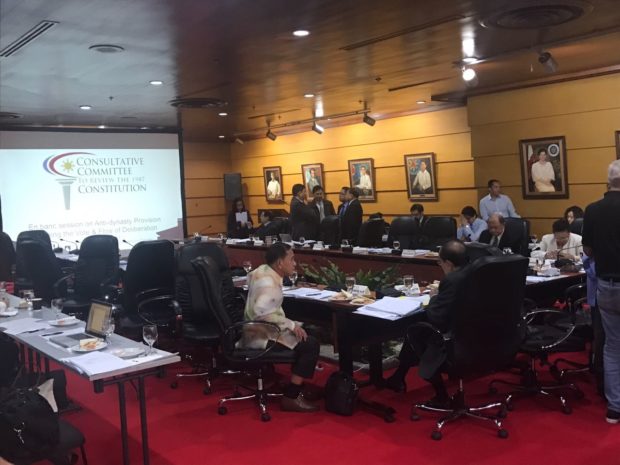 “The Con-com hopes to submit the draft to the President on or before July 9—as originally planned—in time for the State of the Nation Address on July 23,” Con-com Spokesperson Ding Generoso told reporters.

Transitioning into a federal form of government was one of the promises of President Rodrigo Duterte during the 2016 presidential race.

Political families and dynasties have no place under a federal government, at least in the version drafted by the Con-com.

The draft federal Charter only allows a family to run for only two positions in an election; one member for a national position and the other for a regional position.

It also bans campaign contributions from religious organizations and foreigners under a federal form of government.

The President and Vice President of a federal government must be college graduates, the Con-com’s final draft states.

Candidates for President and Vice President should also run as a ticket, not individually, the Con-com said.

A mandatory Cabinet position must also be provided for the Vice President, and the appointment would not be questioned by the Commission on Appointments.

The draft federal constitution provides members of the House of Representatives would be elected by legislative district, by proportional representation system of registered political parties, and by sectoral representation of socio-economically disadvantage sectors, according to the proposed provisions.

On the other hand, the Senate would be composed of senators elected by region.

Members of both chambers were also required to have a college degree for them to take office.

The preamble of the federal constitution, as stated in a media briefer provided by the Con-com, was designed to “build a permanent and indissoluble nation.” This means any secession of federated regions would be unconstitutional.

A revision of Article I or “National Territory,” meanwhile, emphasizes “clear and distinct sovereign rights over maritime expanse” of the country. It also recognizes the country’s laws as well as rulings of international tribunals.

Under a federal form of government, the Philippines would have 18 federated regions which would get a share of not less than 50 percent of all the collected taxes on income, excise, value-added tax and customs duties. /jpv