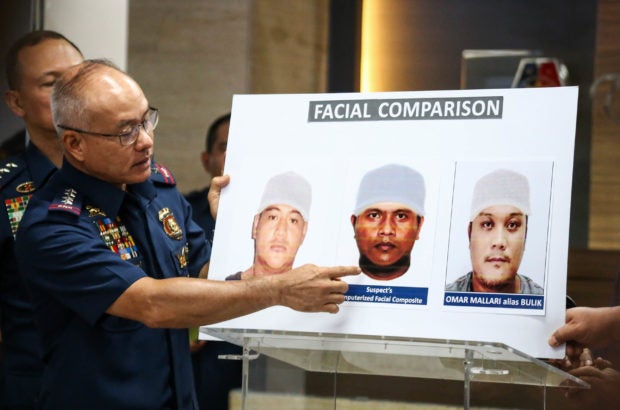 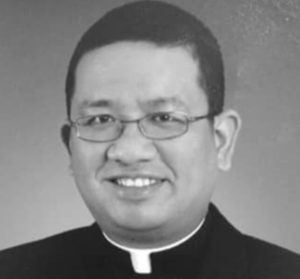 The Philippine National Police has identified the suspected mastermind in the killing of Fr. Richmond Nilo as the uncle of an altar server whom the slain priest had sued for molestation on behalf of three other altar servers.

On Monday, PNP Director General Oscar Albayalde — together with Director Roel Obusan, chief of the Criminal Investigation and Detection Group (CIDG), and Chief Supt. Amador Corpus, Central Luzon police director — announced the arrest of Manuel Digap Torres for possession of explosives and identified him as the “financier” of the contract killing of Nilo.

The killing was allegedly carried out by the group of Omar Lumbang Mallari, alias “Bulik,” the alleged gunman who was arrested two weeks ago.

Mallari, who was arrested on a standing warrant for a separate robbery and homicide case, had submitted a confession naming others involved in Nilo’s killing.

Among those he implicated was Ronaldo de la Rosa Garcia, Torres’ compadre who had also submitted a statement saying Torres had asked him to find an assassin to kill the priest.

Mallari, in the presence of his mother and a public defender, had recorded his confession on video, shown during Monday’s news conference at the PNP headquarters in Camp Crame, Quezon City.

“Garcia said that [Torres] was angry with Father [Nilo] because [his nephew] Christopher could no longer go to seminary to be trained as a priest because Father had filed rape cases against [Christopher],” Corpus said in Filipino.

“The minor victims wanted to drop the complaints, but Father was still pushing for it,” Obusan said.

The rapes allegedly happened in March 2017. Christopher Torres is out on bail.

“Based on the affidavits of [Mallari] and Garcia, they were hired by Torres for P100,000,” Corpus said.

He said the suspects were hired sometime in May or April.

Nilo, 44, was shot dead as he was preparing to say Mass at the chapel of Nuestra Señora de las Nieves (not Nieve, as written on the chapel’s facade) in Mayamot village, Zaragoza, Nueva Ecija province, on the night of June 10.

The gunman, standing outside, fired through the window of the chapel.

Nilo’s slaying sparked public outrage and calls from the Catholic Church for a stop to attacks on members of the clergy who were criticizing President Duterte’s brutal war on drugs.

Fr. Rey Urmeneta Jr. was shot as he was being driven home in Calamba City, Laguna province, on June 6. He survived.

Corpus said the first payoff, amounting to P40,000, was made three or four days after Nilo was killed.

Another P40,000 was paid later but the last P20,000 was not delivered, as Mallari had already been arrested.

Mallari was arrested in Arayat, Pampanga province, on June 22 after the CIDG had traced him as the owner of the Nissan Sentra (Plate No. THB 437) that was caught on security cameras tailing Nilo’s car in Zaragoza before the attack on the priest.

Security cameras also captured the suspect’s car meeting up in another town with the motorcycle used by the gunman in fleeing after the killing.

Obusan said the Nissan Sentra was burned and “chopped up” for parts after Nilo’s killing. Those found involved in the destruction of evidence were taken in as suspects, he said.

Corpus said the investigation was still going on, with other suspects being pursued and investigators looking at possible motives for the attack on Nilo other than Torres’ grudge.

“We are looking at that lead as of now, but again, it’s not yet safe to say that other possibilities are ruled out. The investigation will look at other suspects to get a better idea of the motive,” Corpus said.

For one thing, he said, the gun used to kill the priest was “involved” in the killing of a bus driver and a conductor in May also in Nueva Ecija.

Albayalde described the arrests as a “commendable act of the Philippine National Police” despite the authorities’ blunder involving Adell Roll Milan.

Milan was arrested and identified as the gunman on June 14.

But following the identification and arrest of Mallari, the case against Milan was withdrawn and he was ordered released by a Cabanatuan court on June 29. —JAYMEE T. GAMIL