In a three-page resolution, the Pasay Prosecutor Office approved the filing of a libel case against Nieto under Republic Act No. 10175 or the “Cybercrime Prevention Act of 2012.”

The resolution was signed by Associate Prosecution Attorney II Honey Rose Delgado and approved by Senior Deputy City Prosecutor Dolores P. Rillera. The resolution was dated January 16, 2018 but was only released on Saturday.

It would be recalled that a complaint for libel was filed against Nieto by Senator Antonio Trillanes after the blogger called the senator a “narco,” “drug baron” and a “drug lord” in his  October 31, 2017 blog post titled “Trump calls Trillanes a drug lord.”

According to the resolution, Nieto, in his blog post, wrote: “US President Donald J. Trump reportedly called Senator Antonio ‘Sonny’ F. Trillanes IV a ‘narco’, a colloquial word for a ‘drug baron’ or drug lord”, and “Does Trump’s government know something?”

The resolution added that Nieto’s blog, “Thinking Pinoy,” has more than one million followers.

“The post is also malicious, as no good intention and justifiable motive for making it is shown,” the resolution read.

“The imputation that complainant (Trillanes) is a “narco”, “drug baron” and “drug lord” is not only false and baseless, but also not covered by privileged communication,” the resolution added.

The resolution added that while Trillanes is a public official and should not be “onion skinned” from the criticisms from the public, it is not an excuse “to make baseless lies and make up stories” more importantly if the post has “no good intention or justifiable motive for doing so.”

Trillanes lodged the libel complaint against Nieto on November 22, 2017. Nieto did not file a counter-affidavit during the preliminary investigation of the case, according to the resolution. /muf 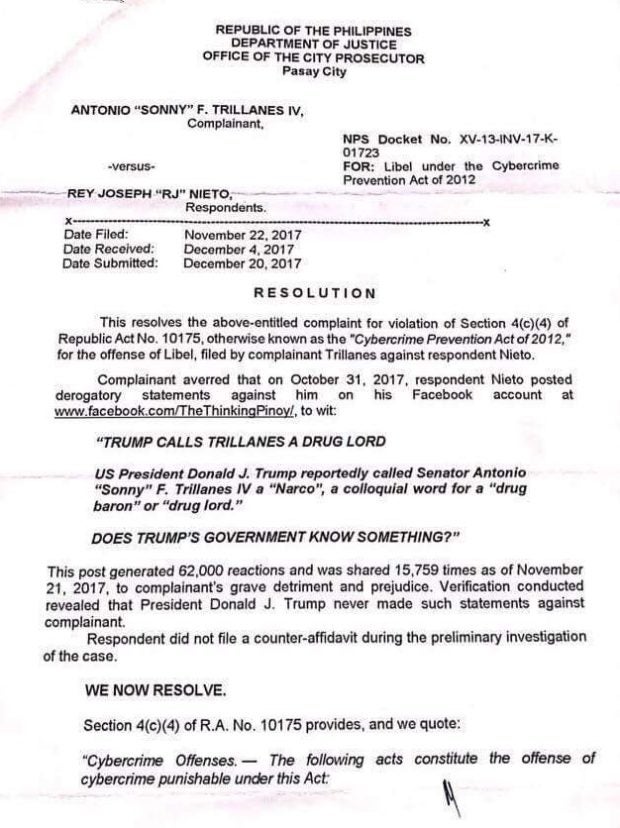 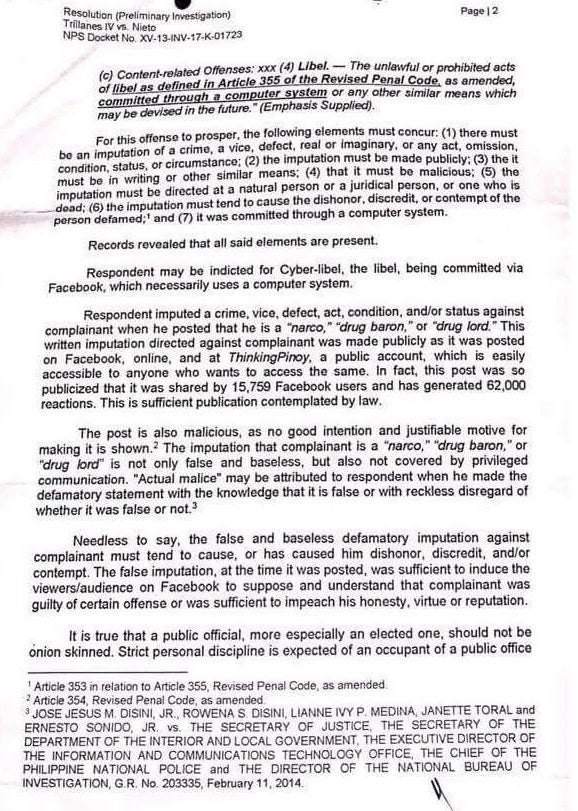 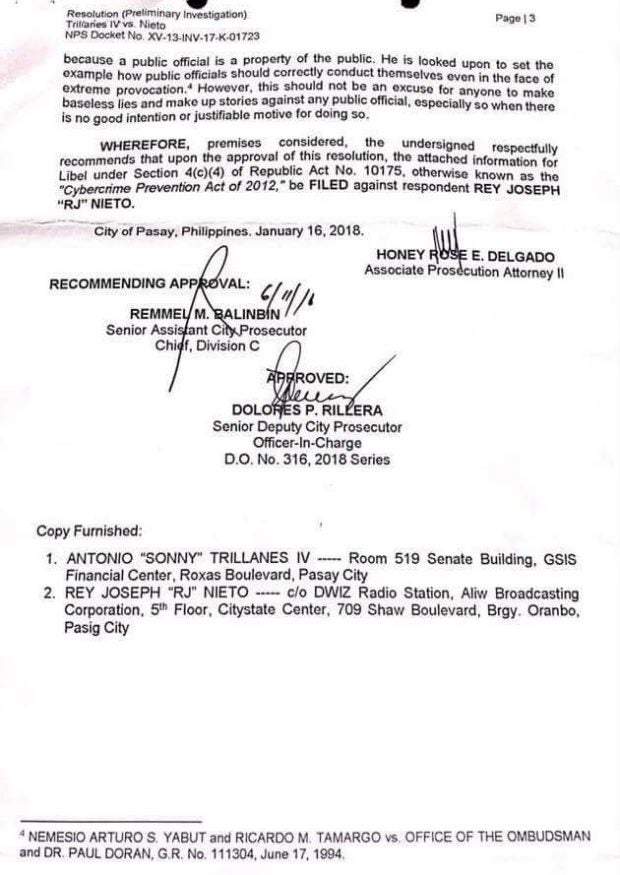