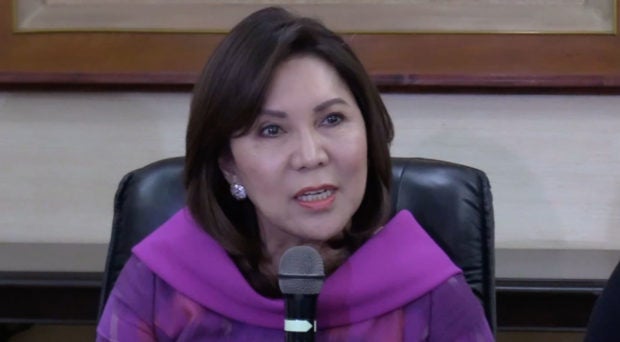 The Commission on Audit (COA) has unearthed more anomalies involving resigned Tourism Secretary Wanda Tulfo-Teo and the tourism department’s misuse of its share of profits in the state-run Duty Free Philippines Corp. (DFPC).

In all, almost P2.52 million worth of duty-free goods were ordered withdrawn by Teo and Tourism Undersecretary for Administration and Special Concerns Rolando Cañizal last year.

The goods included P2.17 million worth of luxury items and appliances and 277 items worth an additional P346,446.80, which were pulled out from the DFPC without being recorded in the government corporation’s books.

In its 2017 annual audit report on the DFPC, COA told the state firm to bill the Department of Tourism (DOT) for the merchandise, to which the DFPC allegedly “agreed.”

According to COA, the cost of the goods—including luxury cosmetics, branded bags, chocolates, canned goods, appliances, kitchenware, bedding and toiletry — was unlawfully deducted from the DOT’s share of DFPC’s net profits.

Such deductions violated Section 106 of Republic Act No. 9593, or the Tourism Act of 2009, which states that the DOT’s share of DFPC net profits can be used only to offset any excess remittance from the previous year.

The DOT’s share of profits should be “recorded under a trust liability account” and should not be exempted from Congress’ budgeting processes, the state auditors added.

COA also questioned the payment of P1.6 million to an unnamed consultant hired to assist in the assessment and promotion of DOT and DFPC projects.

The payment was charged against the DOT’s share of net profits instead of being included in the DFPC’s corporate operating budget, the report said.

Deemed “irregular” as well was the use of P19.6-million worth of DFPC merchandise as corporate giveaways and gifts.

The giveaway items, which cost from P72 to as much as P220,000, included LED television sets, signature bags and shoes, inverter refrigerators, coffee makers, kitchen appliances, wines and other food items.

In a statement, Teo said she had not yet read the audit report but insisted that “the DOT under my watch would not have allowed receipt by the DOT of any DFPC items and merchandise unless the lawful processes are duly observed and followed.”

Since the items were imported using the DFPC’s purchase orders, the government also lost duties and taxes, the auditors said.

COA repeatedly tried, but failed, to get the list of the recipients of the giveaways, the report added.