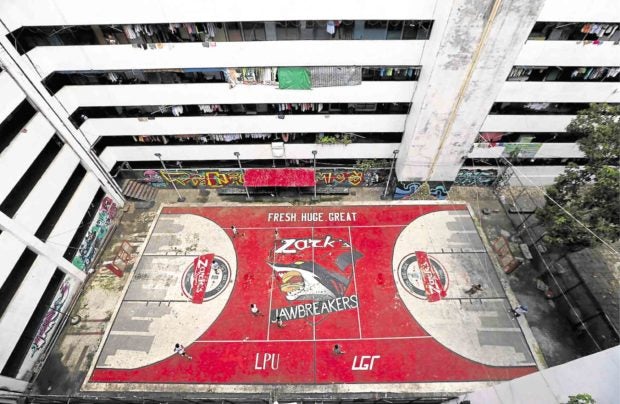 In 2010, her campaign for Taguig’s mayoralty took candidate Lani Cayetano to Fort Bonifacio (FB) Tenement, a low-cost housing site on the city’s western fringe that was bracing for disaster.

Residents of FB Tenement, a pillar of the late President Diosdado Macapagal’s program to expand housing options to the slums, had been ordered to leave the 1960s structure, which had been condemned.

“You will not be leaving,” Cayetano told the anxious residents. “You can now sleep in peace.”

The residents of the tenement voted for Cayetano, who went on to win the mayoral race. She cruised to reelection in 2013, and again three years later.

But in the eight years that followed Cayetano’s first visit — which was one of only two visits — to FB Tenement at Barangay Western Bicutan, the residents have not had much peaceful sleep.

After she won her first term, the Department of Public Works and Highways (DPWH) wrote to then Vice President Jejomar Binay, saying FB Tenement and two other housing sites in Manila were “unsafe and should be immediately vacated.”

Since then, at least 19 eviction notices have been issued to the residents of FB Tenement.

They, in turn, have delivered 36 letters to the local government of Taguig, hoping to make their case for temporary, in-city relocation while waiting for a new tenement to be built.

Their pleas have gone unanswered. The National Housing Authority (NHA) has again warned the residents of forced eviction if they refuse to leave voluntarily.

“We wanted to give a chance to those who were hoping for in-city relocation. We wanted the local government to be part of the solution, but nothing materialized,” said NHA spokesperson Elsie Trinidad.

Trinidad defended the NHA decision to bring up the possibility of evictions after two years of relative silence on the matter.

While the controversy is often portrayed as a deadlock between the residents and the NHA, it appears that both parties are also eager to point to the local government as responsible for the situation.

“All I know is the NHA [officials] are willing to solve the problem,” said Lito Sarcilla, president of FB Tenement Homeowners’ Association. “The problem here is the local government. They are not willing.”

“Ever since our problem began, Mayor Cayetano has not faced us,” echoed Reynaldo Ramos, a member of the association’s board.

Only Cayetano’s underlings at the local housing office have been dealing with the residents, Ramos said.

President Duterte himself wrote to Cayetano on behalf of the residents but she did not respond, according to Lorenzo Calaminos, spokesperson for the Concerned Residents of FB Tenement Alliance.

There was no immediate comment from the Taguig City local government.

“We’ve been asking them to give us in-city relocation, but they have not acted at all,” Ramos said.

Instead, the residents have been offered a relocation site at Barangay Aguado in Trece Martires City, Cavite province.

According to the residents, the Trece Martires site has no livelihood and schooling options, a far cry from FB Tenement, where hospitals, schools, and even the barangay hall are just a stone’s throw away.

“To move to [Trece Martires] would be like committing suicide,” said Eddie Barbuena, another member of the homeowners’ association’s board.

Barbuena’s remark may not be hyperbole. According to Calaminos, the air, soil and water in the Trece Martires site are  contaminated by a nearby toxic waste facility.

Records from the Department of Environment and Natural Resources show that a treatment, storage and disposal facility for hazardous waste registered to Integrated Waste Management Inc. (IWMI) was  located at Barangay Aguado in 2014.

“It’s not a relocation site, it’s a cemetery,” Calaminos said. “They say FB Tenement is a danger zone, but now they’ll bring us to a death zone.”

Documents obtained by the Inquirer show that the IWMI facility treated waste such as pesticide, confiscated dangerous drugs and expired pharmaceutical products, among other hazardous trash.

Calaminos said that in 2005, international study groups on pollution issues released a report stating that the eggs of chickens grown near the facility contained “alarming levels of dioxin,” one of the most toxic chemicals known to science.

According to NHA field officer Sonia Mabeza, the agency had not heard of toxic waste in the area.

“These kinds of housing projects in the area would not have been put up if there was an issue like that. It’s moot and academic,” she said.

Mabeza said the NHA was no longer offering the Trece Martires relocation site to FB Tenement residents because there were no more vacant lots in the area.

The lack of a viable option for relocation — temporary or permanent — does not fully explain, however, why 1,000 families remain in the “condemned” compound.

On paper, the DPWH has called FB Tenement “ruinous,” yet its most striking feature is not a sense of decay or dilapidation, but an unmistakable vibrancy.

When members of the community speak about the tenement — which has blossomed throughout the decades into a world unto itself, replete with its own salon, meat shops and church — it is with a keen sense of pride and touch of protectiveness, like a parent.

Graffiti in eye-popping colors and bold designs adorn the ground and walls of the well-loved basketball courts, which have been a stomping ground for no less than NBA stars LeBron James, Jordan Clarkson and Paul George.

International rapper Mike Swift, who was raised in New York City, said he fell in love with the tenement when a resident introduced him to the place because it reminded him of life in the Big Apple.

“When we moved here [in 1967], our lives changed. I was finally able to study,” said Sarcilla, who added that FB Tenement had been a lifeline out of poverty — a buoy that enabled poor families to make a living without worrying about astronomical rent.

“We came from mud, and now the government is not only returning us to mud, but drowning us in it,” he said.

Eighty-two-year-old Severino Ramos Jr., who moved into FB Tenement in 1976, is the oldest original resident of the building.

His apartment, though small, is decked with things amassed by multiple generations that have occupied it — a Bible and magnifying glass set on a wooden stand, books on a shelf with such titles as “How to Have an Obedient Dog” and “Medical Cures and Treatments,” keepsakes, including magnets, from travels.

“Even if you start out poor here, you can send your kids to school,” Ramos said. “And when they’re done, you leave the tenement so someone else can benefit.”

But the strong community ties kept him from leaving even after he, as a furniture maker, had put all five of his children through college.

The residents are quick to remind the local government that they are not informal settlers, but housing awardees who have been working and paying taxes in Taguig for generations.

“I am all for the progress of Taguig,” Sarcilla said. “But the problem is, are we part of the progress? Or do they see us as an obstacle, a disturbance to progress?