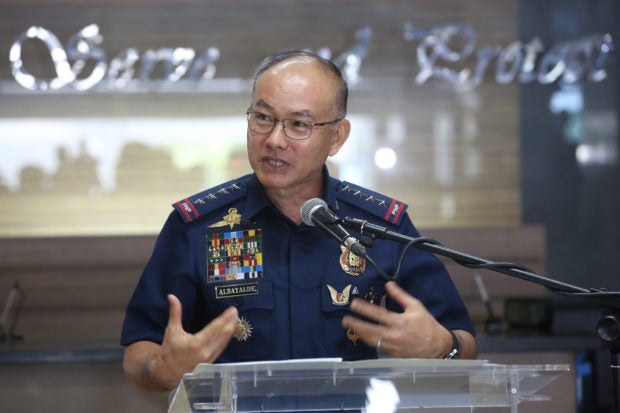 The Philippine National Police (PNP) and Armed Forces of the Philippines (AFP) will look into the level of coordination made before the patrolling troops in Samar ended up in a bloody mistaken encounter, Director General Oscar Albayalde said on Wednesday.

The PNP chief said policemen have coordinated with the military for their operation, but the communication obviously failed to reach the soldiers on the ground.

“Definitely there’s coordination, sinabi na nga ng AFP and the PNP ‘yan. What we’re looking at here is the level of coordination kung hanggang saan nakarating ‘yung coordination na ‘yun. That is part of the investigation,” Albayalde said in a televised interview in Leyte.

(Definitely there’s coordination, the AFP and the PNP have already said that. What we’re looking at here is the level of coordination, up to which level the coordination reached. That is part of the investigation.)

(The PNP was saying that they also coordinated with the AFP but our question here, what we want to know is up to what level the coordination reached. Why did it end up like this? Why it did not reach their operating units?)

Six members of the PNP 805th Mobile Company of the Regional Mobile Force Battalion 8 (RMFB8) were killed while nine others were wounded in a bloody snafu with the members of the 87th Infantry Battalion of the Philippine Army in Sta. Rita, Samar on Monday morning.

Both troops were targeting members of the New People’s Army (NPA).

In an interview with the media on Tuesday, 8th Infantry Division Commander Major General Raul Farnacio admitted the RMFB8 had informed the Alimbuyog detachment on Friday of the policemen patrolling in the area.

Farnacio, however, said the policemen did not say when they would conduct their operations, thus the communication failed to reach military ground troops.

Albayalde said it was difficult for troops in the area to identify who the enemies were as rebels often wear the same uniform as the government troops.

(They wear what the AFP and PNP wears. Sometimes they use the weapons of the military and the police.)

The PNP has formed its own Board of Inquiry to investigate the incident. with reports from Daphne Beltran       /kga