Relics of canonized popes to go on display at Manila Cathedral 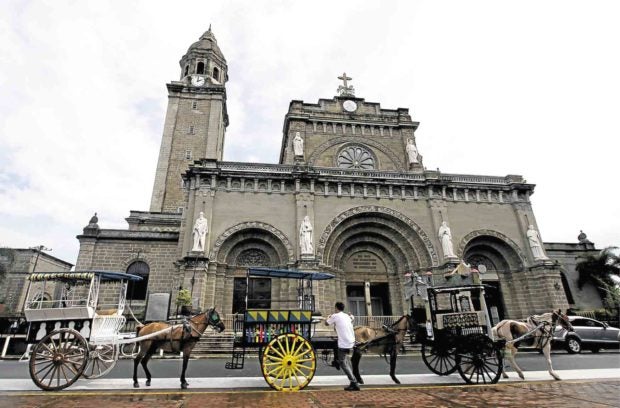 The Manila Cathedral is set to display relics of canonized popes on Thursday, June 28, coinciding with the 60th anniversary of the cathedral’s rebuilding after World War II.

The public veneration of a relic from the body of Pope St. John XXIII, who was the Pontiff when the Manila Cathedral underwent reconstruction in 1958, is scheduled at 6:00 p.m.

“It was given from the Vatican to honor the 60th anniversary of the rebuilding of the Manila Cathedral post war,” the cathedral said in an advisory.

It was the late Pontiff who had described the Manila Cathedral as “the guiding star and symbol of the imperishable Catholicism of the entire nation,” the advisory noted.

Likewise, the blood relic of Pope St. John Paul II would also be displayed at the Manila Cathedral on the same day.