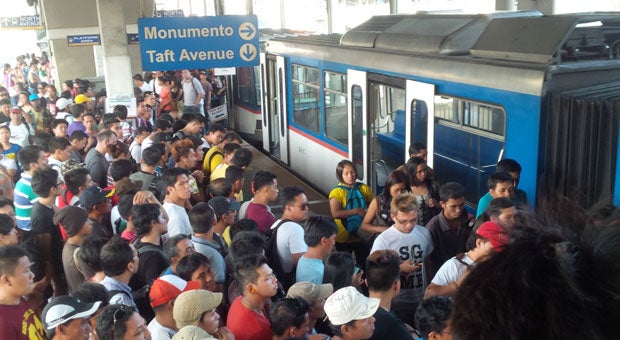 In an interview posted by the Presidential Communications Operations Office (PCOO) in its Facebook page Tuesday night, Tugade said commuters who deliberately force doors to open and lean on it are those who cause offloading from trains.

Presidential Communications Secretary Martin Andanar, who was interviewing Tugade, also bragged about improvements in the MRT, saying he heard it did not malfunction in the recent weeks.

“Alam ko ilang linggo na na walang nasisira na MRT (I know there has been no MRT problems for the past weeks),” Andanar said.

Tugade attributed this improvement to what he calls inclusive efforts of the Department of Transportation, saying it’s their “love for people and the nation” that fuels their work.  /muf