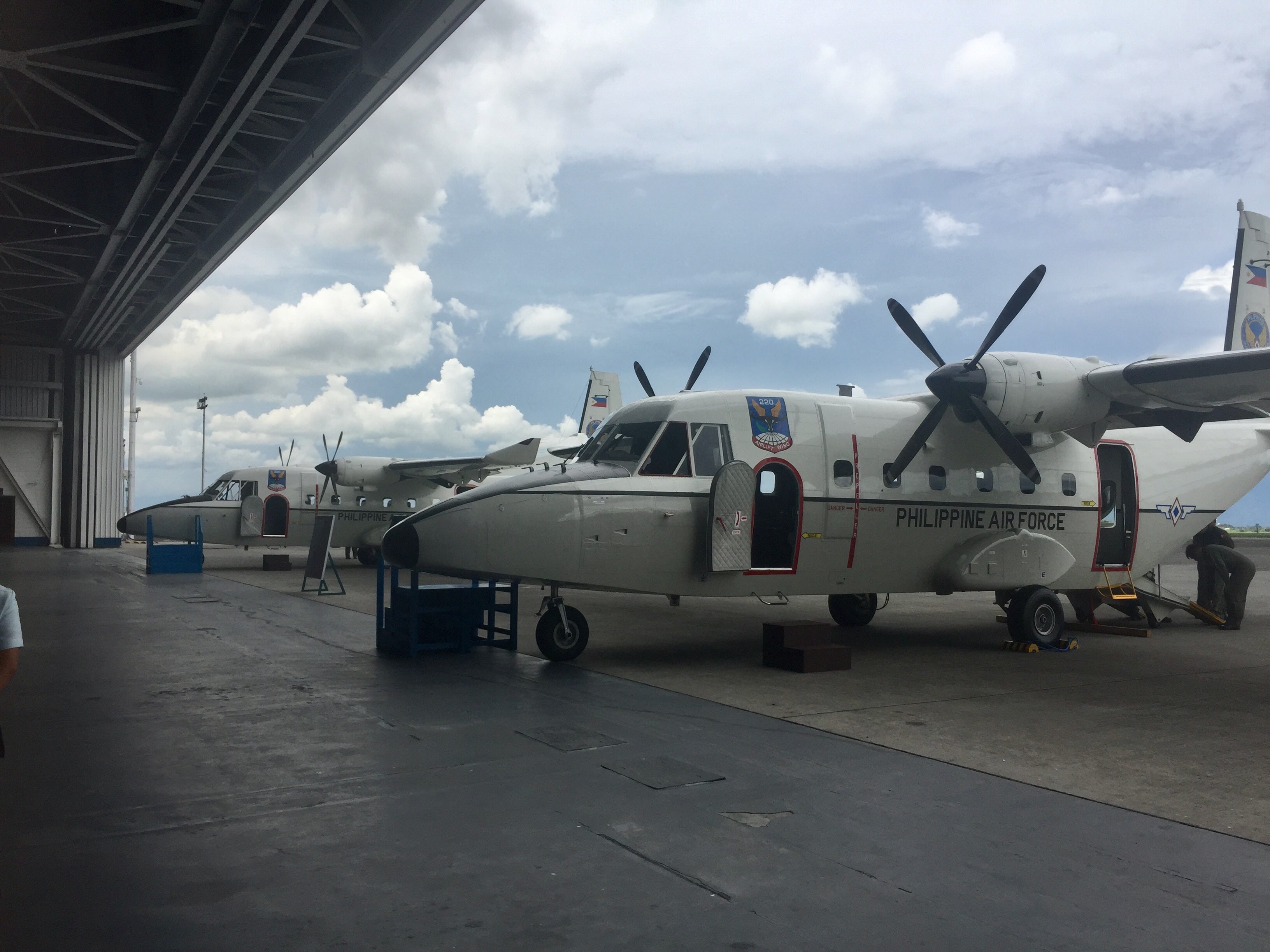 Elfien Goentoro president of the state-owned manufacturer PT Dirgantara Indonesia formally handed over the aircraft to Defense Secretary Delfin Lorenzana in a ceremony held at Clark Air Base on Tuesday.

“These two aircraft, we’ve been waiting for this for quite sometime when I assumed as Secretary of National Defense. It was about to be delivered but because there were problems with the autopilot, it was delayed,” Lorenzana said in his speech.

But he said the president of the PT Dirgantara was “very much apologetic for the delay.”

The planes, signed through a deal in 2014, were acquired under the AFP modernization program for P850 million.

‘Worth the long wait’

Air Force chief Lt. Gen. Galileo Kintanar Jr. said the acquisition of the aircraft is a big boost from their current fleet of Nomad-22, which they have been using for more than four decades.

“It stems from the urgency to increase our fleet especially we only have three Nomad-22 in the inventory which we have been operating since 1970s or more than four decades ago,” he said.

He said the new platforms are equipped with glass cockpit, modern avionics and autopilot system and could carry almost twice the number of passenger and cargo load of the Nomad.

“It has a longer reach and lower operational cost. It can take off and land in short and unpaved runways which on some days C-295 and C-130 can’t be accommodated,” he added.

“Certainly it has been worth the long wait for almost four years,” Kintanar said.

The Indonesian-built aircraft is designed for maritime patrol, troop transport, and humanitarian assistance and disaster relief.

“We need more of this. We need this for island to island flights..From Zamboanga to Basilan to Jolo for our short-haul flights. This is ideal for bringing small number of troops and resupplying troops in the field like Pagasa Island (Thitu Island),” Lorenzana said, referring to the country’s biggest outpost in the West Philippine Sea (South China Sea).

Minister of Defense of the Republic of Indonesia General Ryamizard Ryacudu said the delivery of the planes highlight the cooperation of the two countries.

“The acquisition of the aircraft shows our close relations and close cooperation to strengthen our capability to address our common enemies,” he said.   /muf