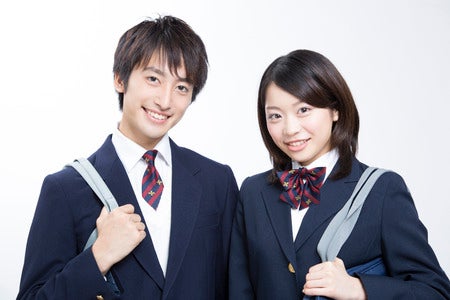 A number of schools in Japan have started to introduce flexible uniform codes to cater to their lesbian, gay, bisexual and transgender students. The Kashiwanoha Junior High School in Kashiwa, Chiba prefecture, for one, have started to allow their students to choose whether they want to wear slacks, skirts, ribbons, or ties to school, regardless of their sex.

School officials hoped that the move in making uniforms unisex would help in easing the mental anguish of students who feel restricted or typified in their gender-based school uniforms, reported The Japan Times last June 21.

The Kashiwanoha Junior High School initially was not supposed to require their students to wear a uniform to school, but 90 percent of the parents and students surveyed showed that they wanted uniforms.

“We thought it would be better to let students wear something they feel comfortable in if they have to struggle to come to school because of uniforms,” Koshin Taki, the vice principal, was quoted as saying. “We chose a subdued color and check patterns so the uniform would be suitable for any student.”

Other schools are also following suit. In Fukuoka prefecture, another junior high school plans to abandon its sailor suit uniforms to ensure that students get to mix and match their uniforms come April 2019.

“Some students are embarrassed and cannot concentrate on their studies because of uniforms. In some cases, they stop going to school,” shared Anri Ishizaki in the report. Ishizaki is a representative of FRENS, a non-profit organization in Japan that supports the LGBT community.

“Although uniforms are not the only factors tormenting them, it is a significant element as they are required to wear them all the time,” added Ishizaki, noting that giving students options on what to wear would highly likely give them “a sense of ease.” Cody Cepeda/JB