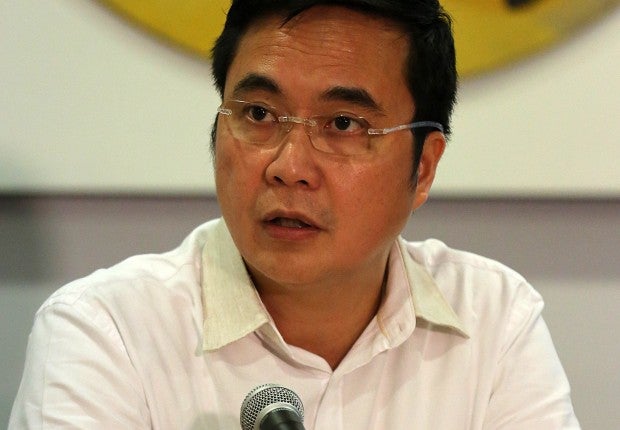 Former Transportation Secretary Joseph Emilio Abaya found it “unfortunate” that the Office of the Ombudsman has decided to file graft charges against him.

The Ombudsman on Monday announced it has decided to file charges against Abaya and 16 others over the anomalous P4.2 billion Metro Rail Transit 3 (MRT-3) maintenance contract.

Abaya, who was chief of the then Department of Transportation and Communications (DOTC), stressed that the complaint filed against him were “poorly-crafted” and “unsubstantiated.”

“We have received the news through media that the Office of the Ombudsman has decided against former DOTC Secretary Jun Abaya and his team,” lawyer Enricka Gonzalez, Abaya’s spokesperson, said in a text message to reporters on Monday.

“We find this decision unfortunate, considering that Sec. Jun clearly laid out his defense against the poorly-crafted and unsubstantiated complaint filed by the DOTr (Department of Transportation),”

Gonzalez said that Abaya will consult with his lawyers his next course of action once they receive an official copy of the Ombudsman’s decision. /je